Karl Rove: Repealing The Second Amendment The Only Way To ‘End The Violence’ – VIDEO 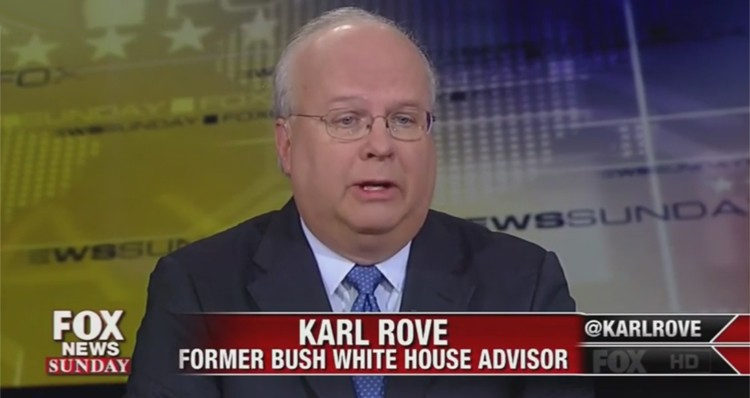 Karl Rove tells Fox News that repealing the Second Amendment is the only way to end the violence sweeping the nation.

Karl Rove responded that to “reduce acts of violence involving guns is to basically remove guns from society,” and suggested that repealing the second amendment was the only way to accomplish this:

“CHRIS WALLACE: How do we stop the violence?

“We saw an act of evil. Racist, bigoted evil, and to me the amazing thing is that it was met with grief and love. Think about how far we’ve come since 1963. The whole weight of the government throughout the South was to impede finding and holding and bringing to justice the men who perpetrated the [Birmingham] bombing.

“And here, we saw an entire state, an entire community, an entire nation come together, grieving as one and united in the belief that this was an evil act, so we’ve come a long way.

“Now maybe there’s some magic law that will keep us from having more of these. I mean basically the only way to guarantee that we will dramatically reduce acts of violence involving guns is to basically remove guns from society, and until somebody gets enough ‘oomph’ to repeal the Second Amendment, that’s not going to happen.”