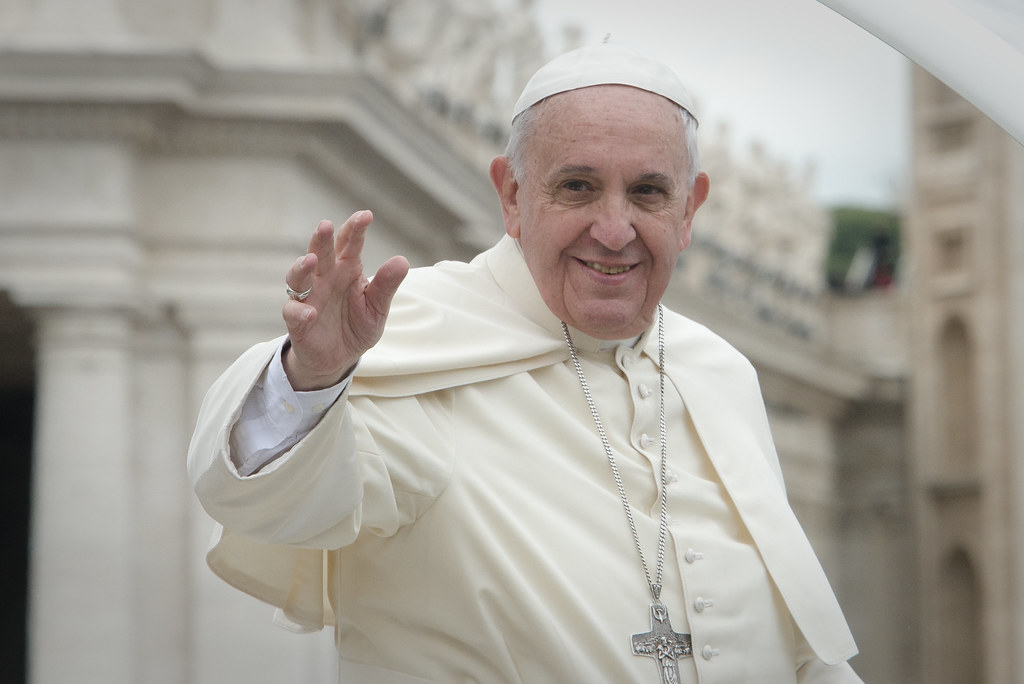 The Vatican recently released details regarding the first trip to the United States by Pope Francis, “a six-day visit that will take the pontiff from the halls of power to the margins of society,” including a 48-hour visit to the nation’s capital, Washington, D.C.

The noted Catholic website Crux reports that other highlights of the Pope’s trip to Washington, D.C. will include speaking to US bishops at the Cathedral of St. Matthew, canonizing Junípero Serra during a Mass in Spanish at the Catholic University of America, and visiting the headquarters of Catholic Charities of Washington, where the Vatican said Francis will meet with a group of homeless people. Francis will also visit DC seminarians, according to a statement from Washington Cardinal Donald Wuerl.

As World Religion News reported, Pope Francis’ United States trip is expected to be “one of the biggest stories of the late summer and early fall,” with Francis being “the first pontiff to ever speak in front of a joint session of Congress.” While many expect his Congressional address on Sept. 24 to be his most memorable stop, considering Francis’ past political statements – conservatives are sure to become outraged.

Religion News Service reported that Honduran Cardinal Oscar Rodriguez Maradiaga, a top adviser to Francis, told an audience at Georgetown University that “the Pope will come humbly, but will talk clearly.”

Maradiaga, who leads Francis’ nine-member advisory council of cardinals, offered insight into the Pope’s thinking and previewed six of the points he expects Francis to make while addressing the Republican-controlled Congress. As Religion News Service noted, “Francis isn’t shy about tackling controversial topics or upending conventional orthodoxies about Catholics and politics — a prospect that makes U.S. conservatives especially nervous, given Francis’ insistence on raising concerns about issues such as economic justice, climate change and immigration.”

The points that Maradiaga expects Francis to make before Congress include the following six items:

Maradiaga reiterated that Pope Francis would have preferred entering the United States via a border crossing with Mexico to stress the importance of welcoming immigrants and not building barriers or walls to keep them out. He noted that while the trip’s itinerary did not provide for a border stopover, Francis is certain to raise the issue of immigration while speaking before Congress.

Francis has been outspoken regarding his views about controlling capitalism to create economic equality in the United States and around the world, and Mardiaga noted that “Capitalism is not a god. It is not a divinity. It is not a system that is perfect and does not need any modification. This system is fostering tremendous inequalities.”

According to Maradiega, a key component of Francis’ message with be stating his belief that efforts to strengthen the middle class and the poor in particular is vital to strengthening families.

The (free) market economy is not complete. We need a social market economy. This is the big contribution of the Catholic faith to the system — to try to have this social component that will bring more justice to the system. It is not fair that a system that is producing so much richness could walk side by side with so much poverty.

The Pope’s views on the environment and climate change have been made quite clear and, according to Religious News Service, “Francis is going to publish a major teaching document on the environment ahead of his U.S. visit, and observers expect the encyclical to accept the reality of climate change and mankind’s role in it, and to call for action to address the dangers.” This forthcoming document has “led to the consternation of many conservatives who have been trying to blunt the document’s impact even before it is published.”

Maradiaga stated, “Do not expect statistics or numbers or theories” in the encyclical. “He will go directly to the responsibility of all the baptized, especially with creation. Because all of us have responsibility,” adding, “I am clear. We cannot continue playing with creation and contaminating the Earth.”

Perhaps one of the most bitter pills for Republicans will be the Pope’s message to put Church first above politics. According to Maradiaga,

For many Catholics, first is the political party, then is the church. I see this in some attitudes of citizens who are first Republicans or Democrats. Then comes Catholicism. This is a big problem. Because we have to put everything in order. God is first, then all other human institutions.

World Religion News reported that “perhaps the most-bitter pill for Congress to swallow will be Pope Francis’ challenge for all to encourage dialogue, not simply promoting ideology.”

Even the congresspeople can listen to other voices, to counsels, to advisers. It’s a human attitude that we have to develop. The one who receives advice commits less errors and is not mistaken. The one who does not like to listen to advice will have a lot of trouble. So I think the Congress will receive very well the advice (of the pope) — even if there are some things that will not be comfortable.

Religious News Service concluded their report, noting that at a recent mass, Maradiaga added an impromptu supplication to the prayers during the liturgy: “Let us pray for the visit of our Pope Francis to the United States,” he intoned. “It won’t be easy, but it will be a great blessing.”