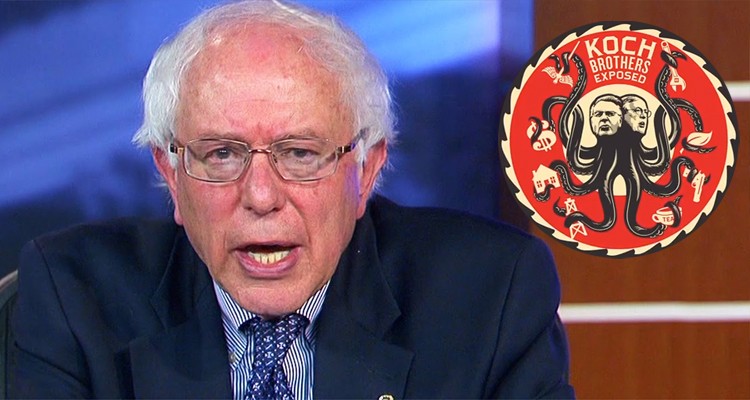 The billionaire Koch Brothers have been described as “the poster boys of the 1 percent.”

No matter what the Koch Brothers might have you think with the near endless propaganda campaign, Social Security is NOT in danger of going bankrupt!

The billionaire Koch Brothers have been described as “the poster boys of the 1 percent.” In this clip, Bernie Sanders asserts that the Koch brothers promote three distorted perceptions (lies): the need to raise the age of retirement, the notion that the social security system is going bankrupt, and the idea that social security should be privatized.

Robert Greenwald and Brave New Films are at the forefront of the fight to create a just America. Using new media and internet video campaigns, Brave New Films has created a quick-strike capability that informs the public, challenges corporate media with the truth, and motivates people to take action on social issues nationwide. Brave New Films’ investigative films have scrutinized Fox News, the impact of U.S. drone strikes; the war on whistle blowers; and Wal Mart’s corporate practices.

Be sure to watch their full films for free as well as new videos produced almost every weekday.