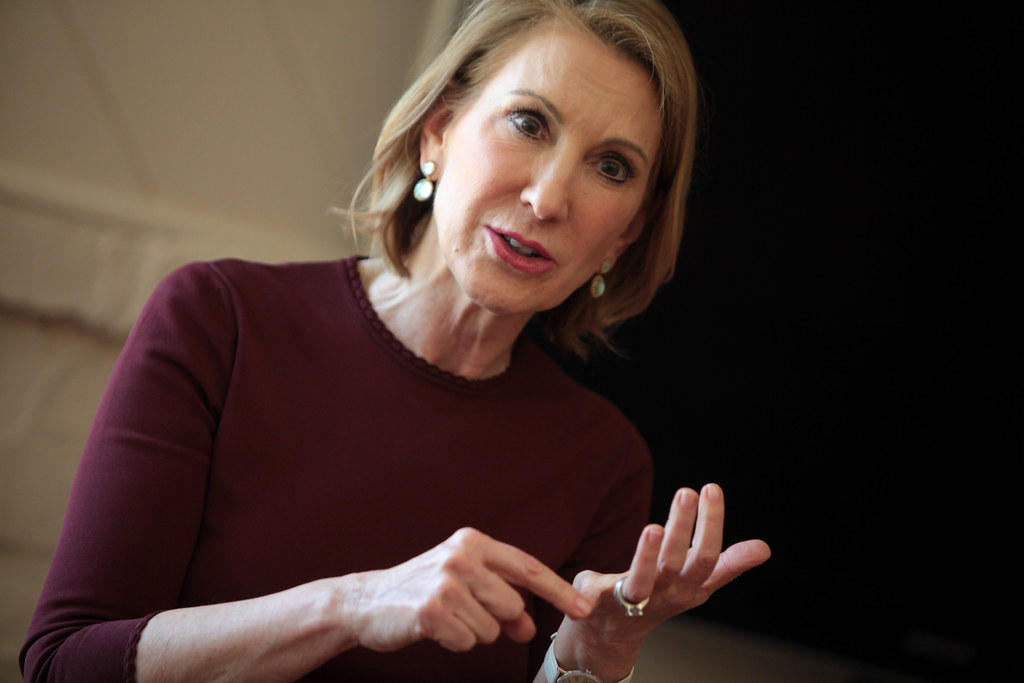 Republican presidential hopeful Carly Fiorina told Yahoo News that she endorses some of the country’s most controversial intelligence tactics, including the CIA’s torture program which involved waterboarding, in an interview published Monday.

As CNN reports, “Waterboarding is an aggressive technique, slammed by critics as torture, that simulates drowning” that was used by the U.S. during the administration of George W. Bush on detainees.

As Yahoo News reports, Fiorina positioned herself as “a steely advocate of aggressive counterterrorism programs” and offered “a vigorous defense of CIA waterboarding as a tactic that helped ‘keep our nation safe’ in the aftermath of 9/11.”

Huffington Posts reports that Fiorina’s comments “stand in stark contrast” to the Senate report on the CIA’s torture program that was released last year.

That study, which had bipartisan support on the Hill, charged that the CIA mismanaged and abused its interrogation program, and that the use of the harsh tactics was far more widespread and abusive than the agency let on. The report also challenges CIA claims that the use of torture provided intelligence that was unavailable otherwise.

The New Yorker published an article about the report last December, noting:

Contrary to what the C.I.A. told the Justice Department, the report says, this interrogation technique “was physically harmful, inducing convulsions and vomiting. During one session, Abu Zubaydah”—a Saudi Arabian who is still being held at Guantánamo Bay—”became ‘completely unresponsive with bubbles rising through his open, full mouth.’ Internal CIA records describe the waterboarding of Khalid Shaykh Mohammad as evolving into a ‘series of near drownings.’ ” The report also says that the CIA may have waterboarded more detainees than previously disclosed. For example, the Senate committee’s researchers turned up a photograph of a waterboard and buckets of water at a site where the agency had said that it wasn’t waterboarding. “In meetings between Committee Staff and the CIA in the summer of 2013,” the report notes dryly, “the CIA was unable to explain … the waterboard’s presence at COBALT.”1

Yahoo Politics reports that: “Fiorina’s remarks drew an immediate rebuke from Naureen Shah, director of the security and human rights program at Amnesty International USA, which last week filed a complaint with the Justice Department requesting an investigation into why prosecutors have not reopened a criminal probe of those responsible for waterboarding and other abusive practices.”

Speaking of Fiorina’s comments to Yahoo, Shah said that it was “outrageous for anybody to claim that torture was limited or that this is the way the U.S. should have conducted business after 9/11,” adding: “This is completely rewriting the history of what happened.”

The Huffington Post asked Fiorina’s campaign if she had actually read the executive summary of the Senate torture report, but never received a response.

FOOTNOTE 1: COBALT is the code name of an isolated clandestine CIA black site prison and interrogation center in Afghanistan. It is located north of Kabul and was the location of a brick factory prior to the Afghanistan War. The CIA adapted it for extrajudicial detention, the act of arresting and detaining individuals without trial, usually for security reasons.