September 14, 2015 by Kimberley Johnson No Comments 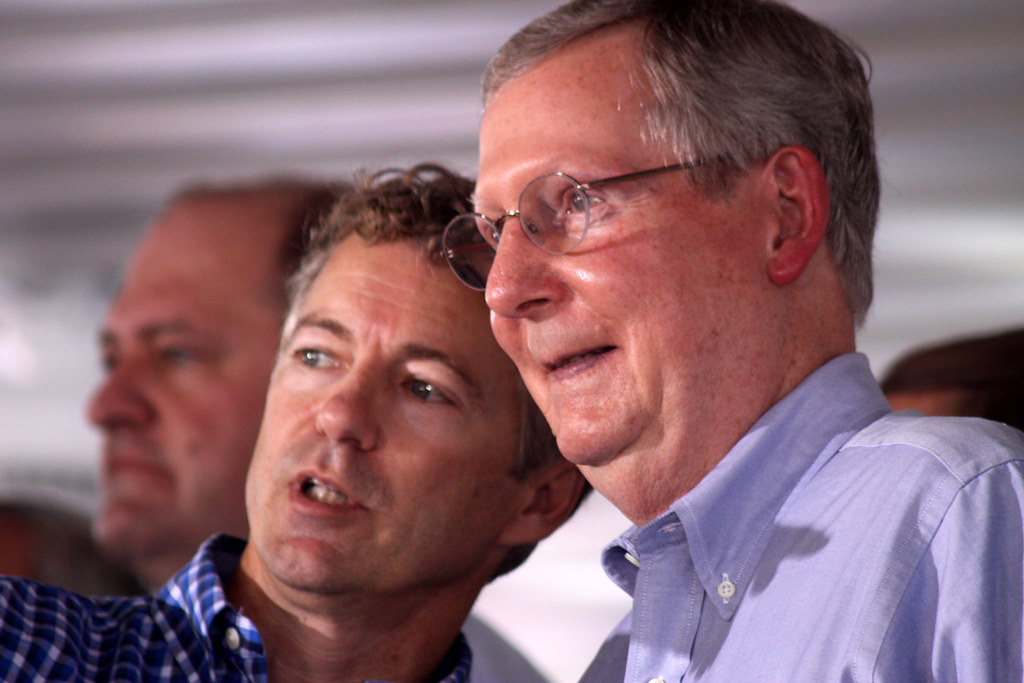 Are people who vote Republican gluttons for punishment, or what?!?!

Women make up more than 50 percent of the U.S. population and can either make a positive difference in the advancement of equality or serve to block progress by voting against their best interests. The latter can also be achieved by not voting.

Most Americans want the same things: affordable healthcare, affordable education and equality of the sexes. However, Republican lawmakers are working overtime to destroy the advances made in gender equality. In addition, the GOP isn’t penning legislation that would reverse sexist, patriarchal laws already in existence.

Here are some sobering facts and statistics:

31 states allow rapists to sue their victims for visitation and custody rights if the woman becomes pregnant as a result of the rape.

In some states, pharmacists are legally allowed to refuse to fill prescribed contraception medications based on their personal religious views.

2011- 2015 saw the emergence of a record number of abortion restrictions. The number is in the thousands and the list continues to grow.

Republican legislators in states all over the country are trying to defund Planned Parenthood based on a series of deceptively edited videos where PP officials discuss the legal sale of aborted fetal tissue. The fact that investigations have turned up no illegal activity by the family planning organization isn’t stopping Republicans from shutting down clinics and threatening to shut down the federal government unless PP is defunded. Additionally, Republican lawmakers refuse to admit that Planned Parenthood’s main function is affordable healthcare. Legal abortions only make up 3 percent of PP’s services – and, by law, no federal dollars fund abortion procedures.

Just six years after Republican Tea Party candidates wiggled their way into Congress (because Democrats didn’t vote in the 2010 midterm elections), it has become increasingly more difficult to terminate a pregnancy today than it was in 2008. States, including Texas, South Carolina and Mississippi, have seen significant reductions in low-cost healthcare clinics serving both women and men. Planned Parenthood clinics are losing funding and facing extinction based on false information and religious bigotry. The best way to prevent abortion is with sex education, birth control and accessible health care: all things that Republicans are against.

Republicans in Congress have repeatedly voted to block equal pay.

These are only a few examples of the erosion of women’s rights and choices.

What does this mean for young women?

Imagine what your life would be like if you no longer had the ability to choose abortion, or if birth control were no longer available. The sad fact is it is happening right now– and it’s happening all over the country.

Young women of today don’t always realize their rights are being repealed or diminished because it’s happening piecemeal. It’s occurring at a swifter pace in conservative states than it is in more progressive states.

These women can go to college, earn degrees and have the ability to work in almost any profession they choose and, even though women are still on average only earning 77 cents on the dollar compared to their male counterparts, they are able to advance and even thrive. This is creating the last shred of a false sense of security, and it means there’s no collective outrage and no feeling that protests, or even voting, is necessary.

The real question is: Would you prefer to allow your rights to be taken away before you’re moved to action, or would you prefer to be proactive in making sure the rights you still have are preserved and forge ahead with even more equality? Are you okay with the fact that rapists have more rights than their victims, or that even though abortion is legal, it isn’t available for many women? Do you realize the impact of Republicans repeatedly blocking the Equal Pay bill?

Another important consideration is the Supreme Court of the United States (SCOTUS). The president nominates justices and the senate votes on those nominees – providing yet another very important reason to watch your congressional representatives to see how they vote on issues that matter to you. SCOTUS decides on cases affecting your daily life in very personal ways, including voting rights, marriage equality and whether or not an employer may legally deny women the option of certain forms of birth control through a third party insurance carrier.

The Equal Rights Amendment was never fully ratified. In the 1970s, thirty-eight states were needed; only thirty-five were on board before a congressional deadline was imposed, and that deadline expired in 1983. We need to remove that expired deadline to secure three more states. In short, if the ERA is ratified into the Constitution, it would provide blanket protection against gender discrimination. If a state law that currently protects women’s rights is overturned or changed, the ERA would overrule and serve to protect women against a variety of discriminatory practices that are currently legal. For instance, a loophole in the Equal Pay act allows employers to base salaries on past earnings. Therefore, if a woman (or a man) has earned lower wages based on gender, the discriminatory cycle can legally continue.

You can read more about how it would protect you HERE. If you’re keeping score, Hillary Clinton has always supported the ERA, as well as being a fierce champion for women’s rights. As of this posting she has not made full ratification part of her campaign platform. Bernie Sanders has made the ERA a part of his platform and promises to fight for constitutional gender equality.

2016 provides you with a choice. You can choose to vote for the candidates who will work to preserve, secure and advance equality and reproductive rights, or face more restrictions and erosions. If you choose the latter, you’ll have a very hard time getting your rights back – rights that were fought for and won decades ago.

And last – for those who might argue that voting doesn’t matter:

In November 2013 the race was on for Virginia’s Attorney General. It was between Democrat Mark Herring and Republican Mark D. Obenshain. In 2009, Obenshain introduced a bill that would have required women to report their miscarriage to police within 24 hours or face jail time. Herring won the election—by 165 votes.

In 2004, Washington State also experienced a close race for governor and it came down to 129 votes.