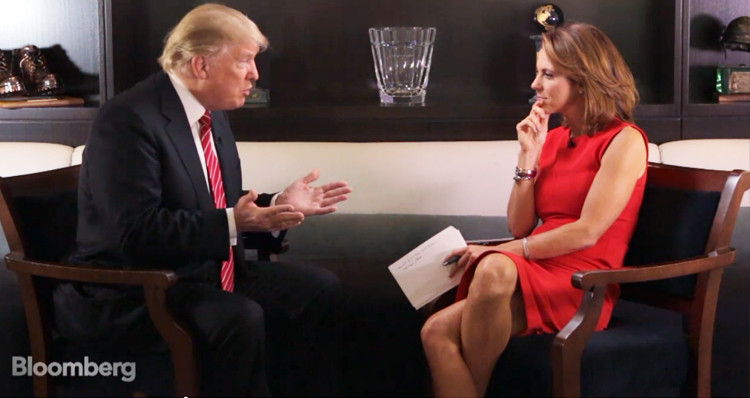 Blaming the September 11th attacks on George W. Bush is taboo for Republicans and largely off-limits for Democrats. But the usual rules don’t apply to Donald Trump.

As The Washington Post reports, “Blaming 9/11 on Mr. Bush is taboo for Republicans and has largely been off-limits for Democrats,” however, in an October 2015 interview with Bloomberg – Trump broke ranks with Republicans suggesting that Bush was to blame for the terrorist attacks.

Bloomberg’s Stephanie Ruhle asked Trump how he would make the country feel safe and proud were he to be elected president, pointing out that Bush did so after the 9/11 attacks and Obama after the Sandy Hook tragedy.

In order to be the president of the United States, you have to be a leader in so many ways. We haven’t seen your soft hand. We’ve seen your offense, but George Bush had to stand in front of America after 9/11 – Barack Obama did after Sandy Hook.

Ruhle responded that Bush wasn’t to blame, telling Trump: “Hold on, you can’t blame George Bush for that.”

Jeb Bush, George’s younger brother who is also running for president, called Trump “pathetic” later that day in a tweet:

How pathetic for @realdonaldtrump to criticize the president for 9/11. We were attacked & my brother kept us safe.

You can see the relevant portion of the interview in the MSNBC clip, below, discussing the outrage over his comments: