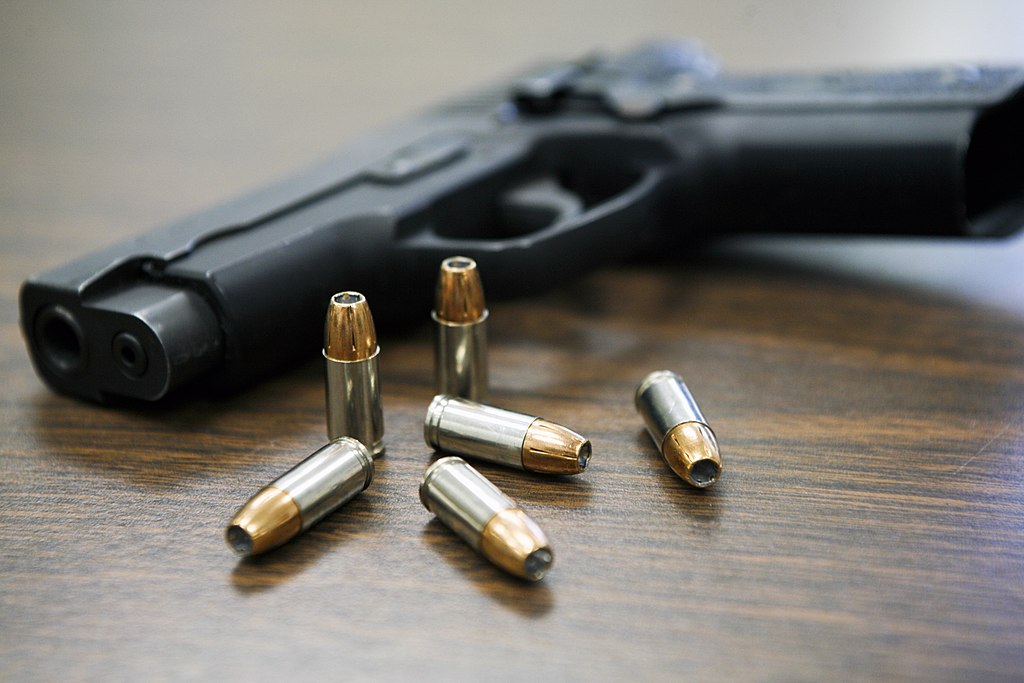 Gun-rights activists claim that more guns saves lives and keeps us safer from crime – a claim that couldn’t be further from the truth.

The idea that guns save lives and keep innocent people safe is easily disputed by the facts as we will show, below.

Gun Violence by the Numbers

As Aeon reported last year, “The number of deaths due to guns has gone down from a peak in the early 1990s, but firearms still account for half the suicides and over two-thirds of all homicides. It is just a whole lot easier to kill with a bullet than by strangling, drowning, poisoning, or with fists, clubs and knives. But despite these ghastly statistics, one constantly encounters stickers, cable news hosts, and editorials insisting that guns save lives.”

Guns Do Not Make Women Safer

Salon’s Katie McDonough broke down the data on firearms and women’s safety in an article from February 2015, writing:

Women in the United States are 11 times more likely to be murdered with guns than women in other high-income countries. The presence of a firearm during a domestic violence incident increases the likelihood of a homicide by 500 percent. Guns are also regularly used in non-fatal incidents of domestic violence, with researchers at the Harvard School of Public Health concluding in a study from 2000 that “hostile gun displays against family members may be more common than gun use in self-defense, and that hostile gun displays are often acts of domestic violence directed against women.”

Guns Do Not Make Children Safer

According to the Centers for Disease Control, in 1997, the rate of firearm deaths among children under 15 years old was about 12 times higher in the US than the combined rate for 25 other industrialized countries. In 2010 firearms accounted for 18,270 deaths or injuries to children and teenagers.

According to the FBI and Center for Disease Control and Prevention, in 2013 there were 26 police officers shot in the line of duty in this country. (This includes officers from the smallest sheriff’s department to the largest federal agency.) By comparison, 82 children ages 0-4 were killed by guns. And sadly, these stats have been constant since 2008.

Guns Do Not Save Lives Or Keep Us Safe From Criminals

As Aeon reported last year, “The rhetoric that credits guns with reducing violence draws largely on a 1995 analysis titled ‘Armed Resistance to Crime: The Prevalence and Nature of Self-Defense with a Gun’ by Gary Kleck, a criminologist at Florida State University. Kleck estimated at 2.2 to 2.5 million the occasions when a gun might have been used in self-defence. That 2.5 million is the figure most often quoted by the National Rifle Association.” However, as Armed with Reason (AWR) reports, “the entire paper has since been eviscerated by scholars who have pointed out that Kleck and Gertz’ paper suffers from errors so severe that their entire estimate is useless.”2

Aeon continued, reporting that: “Indeed, there is much evidence to support the notion that guns increase – rather than reduce – homicides.”

Take the Violence Policy Center study that showed that in 2010, for every defensive use of a gun to kill an attacker, there were 36 other criminal homicides. Or another long-range study, released last year, where researchers at the Boston University School of Public Health compared gun ownership and firearm homicide data between 1981 and 2010. According to the study, states with higher levels of gun ownership had ‘disproportionately large numbers of deaths from ﬁrearm-related homicides’. If the gun ownership rate went up by one per cent, the firearm homicide rate went up by 0.9 per cent. In their article in the American Journal of Public Health, the researchers went so far as to predict that if Mississippi’s gun ownership rate went down from 76.8 per cent to 57.7 per cent (the estimated average across all states), ‘its ﬁrearm homicide rate would be 17 per cent lower’.

As AWR reports: “Contrary to the gun lobby’s claim[s], … the most reliable data on this question clearly show that firearms were used only 338,700 times in self-defense, and this includes off-duty police. Clearly, then, despite living in a country with 300 million guns, the use of firearms in self-defense appears to be an exceedingly rare phenomenon.”

Two other areas of crime—violent crime and property crime—are analyzed by the Violence Policy Center, and cast serious doubt on the argument that guns are used regularly in self-defense. Between 2007 and 2011, only 0.8 percent of violent crimes involved the intended victim using a firearm in self-defense. During the same five year period, only 0.1 percent of attempted or completed property crimes involved the intended victim using a firearm in self-defense. Given that between 40-45% of American households own a gun, and less than 0.1 percent of victims of property crime end up using a gun to stop a crime, it’s impossible to suggest that guns are being effectively used in self-defense. Rather than guns serving as a useful deterrent, they instead helped to directly facilitate crime: 232,400 guns were stolen each year from U.S. households between 2005 and 2010.

And then there are Stand Your Ground laws, such as the one enacted by the State of Florida which states that anyone who is attacked at home or elsewhere “has no duty to retreat and has the right to stand his or her ground and meet force with force, including deadly force if he or she reasonably believes it is necessary to do so to prevent death or great bodily harm to himself.”

Alaska’s former attorney general, Daniel Sullivan, warned of the effects of Stand Your Ground prior to its adoption by the state in 2013: ‘This bill would legalise and authorise vigilantism,’ he said in 2010. As Aeon reports: “He wasn’t exaggerating. The annual rate for justifiable homicides went up by 200 per cent in Florida between 2005 and 2007, and by 53 per cent in 21 other states, according to one recent study. This spike took place in a climate where the number of such homicides had been declining nationwide between 1975 and 2005, and continued to decline after 2005 in states without Stand Your Ground laws.”

Why The Double Standard?

As Aeon concludes in their report, it is far easier to shoot a child than a legislator:

In Georgia, this farce is so extreme, the law allows you to carry a gun to a school or a children’s park, but not into the State Capitol building, meaning it’s easier to shoot a child than to shoot a legislator. The price for this data-blind rhetoric, and this continued insistence that “guns save lives” is about 32,000 firearm deaths, funerals, and unfinished stories every year. All collateral damage to an idea that social scientists shot down long ago.

FOOTNOTE 1: Forbes elaborates, explaining that “The total number’s incomplete because some gun-related deaths are left out of CDC statistics, Adrienne LaFrance wrote at The Atlantic earlier this year. That’s partly because of privacy concerns, the mystery over some police-related shooting data … and the political consequences of taking on the gun lobby, LaFrance points out. Notably, the CDC has avoided some research into gun-related injury, and the Washington Post suggests that ‘fear and funding shortfalls’ are to blame.”

FOOTNOTE 2: Aeon also explains that: “There is no doubt that some Americans do defend themselves with guns, but using a small survey to estimate the nationwide prevalence of a rare occurrence is problematic. ‘All attempts at external validation of the 2.5 million figure show that it is an enormous overestimate,’ wrote David Hemenway, a professor of health policy at Harvard University, in a 1997 critique titled, ‘The Myth of Millions of Annual Self-Defense Gun Uses.'”

“Self-defense gun use is an incredibly contested area of research,” Dr. Deborah Azrael, the associate director of the Harvard Youth Violence Prevention Center and a research associate at the Harvard School of Public Health, told Salon earlier this year. “The most consistent evidence that we have comes from the National Crime Victimization Survey. [And] what you see in National Crime Victimization Survey is that gun use in self-defense is a very rare event.”