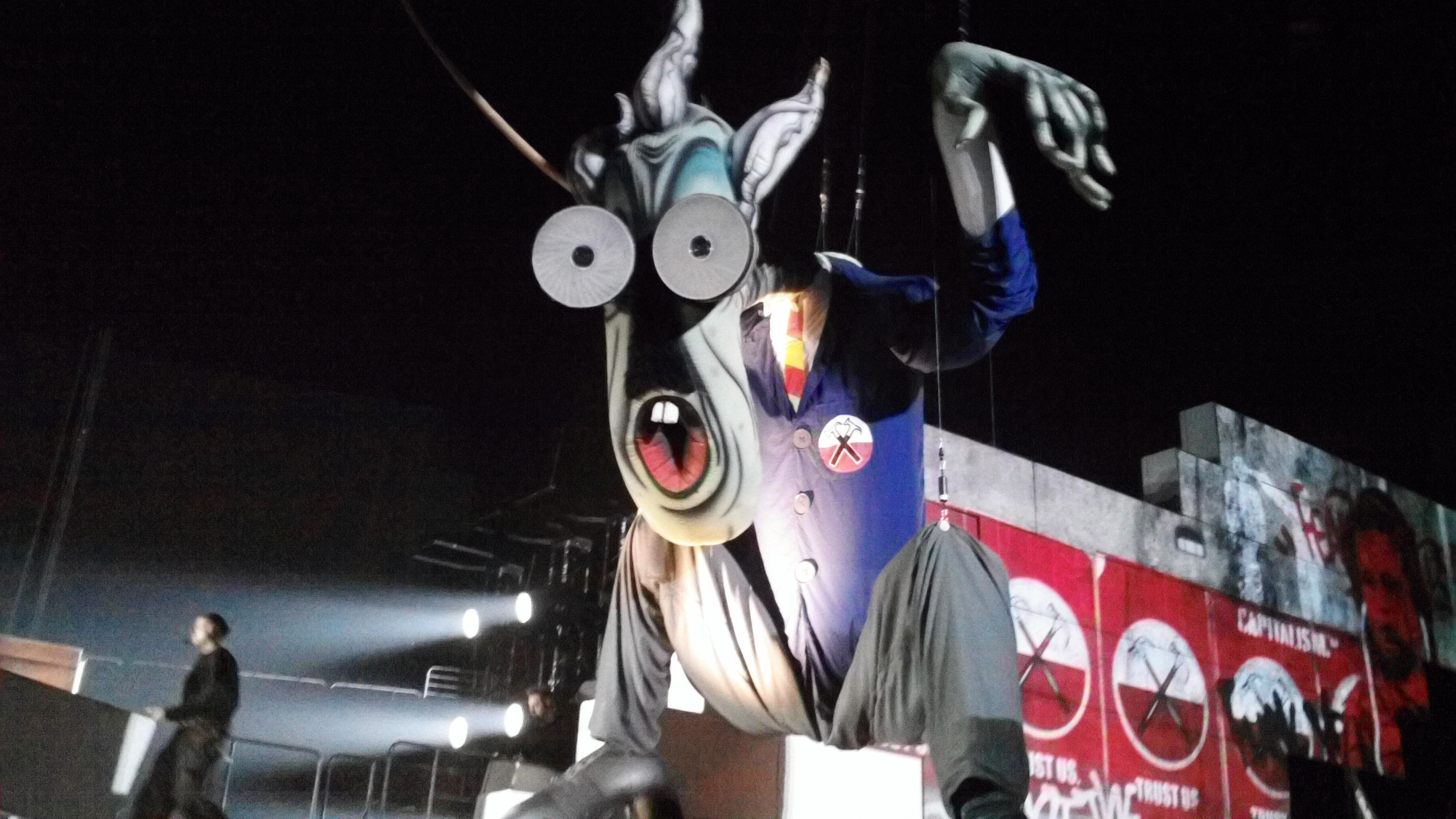 We present the full featured movie, “Pink Floyd – The Wall,” in celebration of the 36th anniversary of the release of the studio album.

“The Wall” was released as a double album on the 30th of November 1979 and was supported by an elaborate tour that was later adapted in the 1982 feature film: “Pink Floyd – The Wall.” [below]

The album included Pink Floyd’s only number one single, “Another Brick in the Wall Part 2,” seen at the bottom of this article.

As with Pink Floyd’s previous three albums, The Wall is a concept album and explores themes of abandonment and personal isolation. The album is a rock opera that follows Pink, a character whom Waters modeled after himself and the band’s original leader, Syd Barrett. Pink’s life begins with the loss of his father during the Second World War and continues with abuse from his schoolteachers, an overprotective mother, and the breakdown of his marriage; all contribute to his eventual self-imposed isolation from society, represented by a metaphorical wall. Waters conceived the album during Pink Floyd’s 1977 In the Flesh Tour, when his frustration with the audience became so acute that he imagined a wall between the audience and the stage.

Wikipedia also notes that: “The Wall features a harsher and more theatrical style than Pink Floyd’s previous albums. Wright left the band during its production but remained as a salaried musician, performing with Pink Floyd during the Wall tour. The album was one of the best selling of 1980, and by 1999 it had sold over 23 million RIAA-certified units (11.5 million albums), making it the third highest certified album in the United States. Rolling Stone placed The Wall at number 87 on its list of ‘The 500 Greatest Albums of All Time.'”

You can watch the official music video for “Another Brick in the Wall Part 2,” below, followed by the full movie.