December 8, 2015 by Samuel Warde No Comments 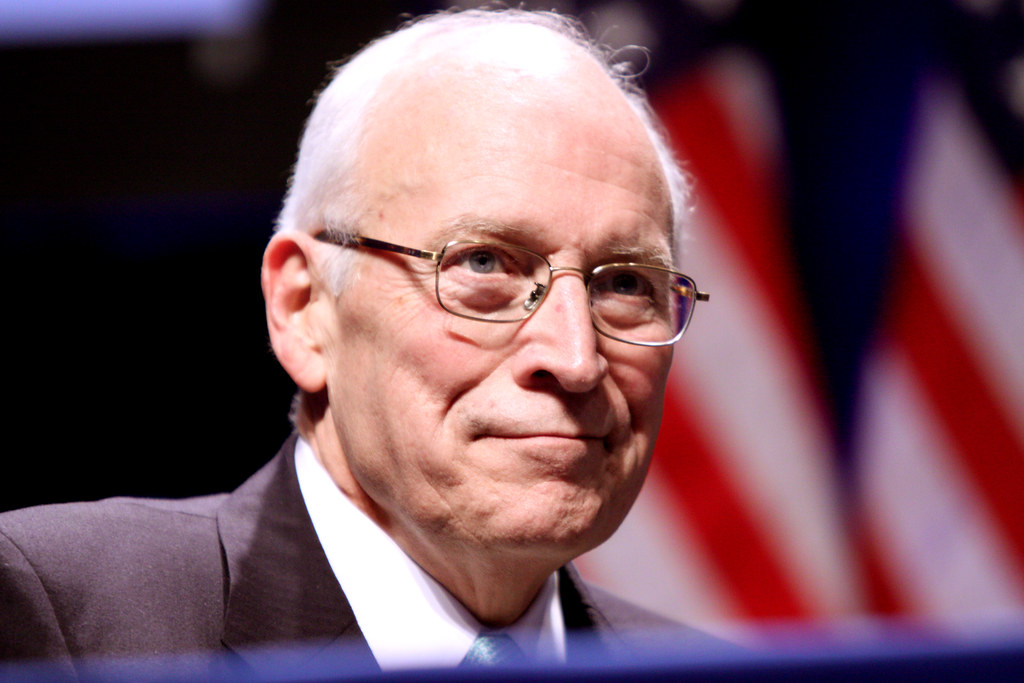 Donald Trump pushed the limits of human decency so far on Monday that even Dick Cheney is calling him un-American.

On Monday, Trump posted a proposal on his website calling for a total ban on Muslims entering the United States under any circumstances “until our country’s representatives can figure out what is going on.”

The idea was quickly applauded by Neo-Nazis and condemned by Democratic presidential candidates as well as some Republicans.

“I think this whole notion that somehow we can just say no more Muslims, just ban a whole religion, goes against everything we stand for and believe in,” Cheney said of Trump’s plan, adding: “I mean, religious freedom has been a very important part of our history and where we came from.”

The full exchange is below, followed by a recording of that portion of the interview:

Hugh Hewitt: Mr. Vice President, before I turn to other things, there are a lot of proposals about refugees out there, about Syrian refugees. Donald Trump has said no Muslims whatsoever. A lot of people on the scale in between. What do you think ought to be the American policy towards welcoming people from that part of the world, which is predominantly Muslim right now?

Dick Cheney: Well, I think this whole notion that somehow we can just say no more Muslims, just ban a whole religion, goes against everything we stand for and believe in. I mean, religious freedom has been a very important part of our history and where we came from. A lot of people, my ancestors got here, because they were Puritans. There wasn’t anybody here then when they came, but it’s a mistaken notion. It’s a serious problem, this refugee problem is. It’s a serious problem to make certain that the people coming in don’t represent ISIS. You’ve got to set up a vetting process. And that’s crucial, but I think the way you’ve got to begin to deal with that problem is to go back and look at why they’re here. and they’re here because of what’s going on in the Middle East. And what’s going on in the Middle East is the result of a U.S. vacuum. It’s the result of the rise of ISIS, civil war in Syria. I’ve heard proposals that I think make sense that we ought to establish safety zones, if you will, in the northern part of Syria where you’ve got them secured, you’ve got sufficient forces, hopefully of locals that would be there to protect, the area, but that’s where people who are fleeing the terrible tragedy that’s going on inside the caliphate, a place where they could reside. But it also takes the pressure, then, off of the refugee flow, the move to Europe of thousands of refugees and the move here to the United States. I think that makes a lot more sense than what’s happening now.