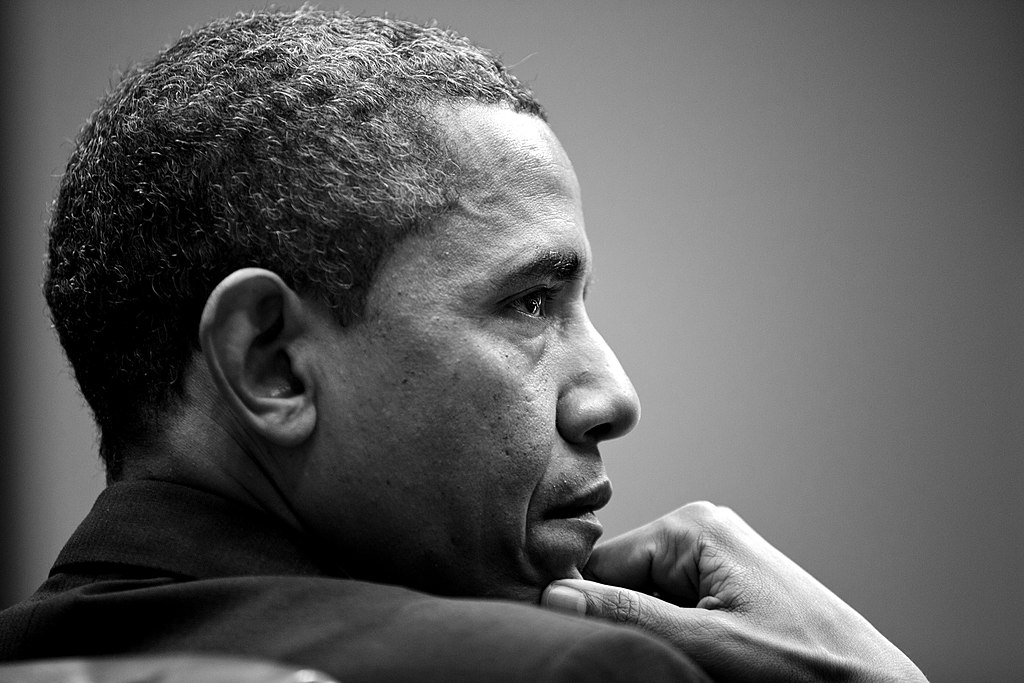 A Collection of 12 Obama quotes guaranteed to enrage conservatives.

Here’s a collection of quotes by President Obama that we found on conservative websites.

The quotes were characterized as racist, obnoxious, un-American…. you name it.

So, without further ado – here’s a collection of 12 Obama quotes sure to rile up conservatives. Feel free to use them – liberally.

1. “If you’ve got a business – you didn’t build that. Somebody else made that happen.” SOURCE1

2. “I believe in keeping guns out of our inner cities, and that our leaders must say so in the face of the gun manufacturer’s lobby.” SOURCE

3. “I do think at a certain point you’ve made enough money.” SOURCE

4. “I am not in favor of concealed weapons. I think that creates a potential atmosphere where more innocent people could (get shot during) altercations.” SOURCE

5. “…I’ve got two daughters. 9 years old and 6 years old. I am going to teach them first of all about values and morals. But if they make a mistake, I don’t want them punished with a baby.” SOURCE2

6. “I won.” — Barack Obama to Republicans in Congress who were trying to discuss the stimulus plan with him SOURCE

7. “Trayvon Martin could have been me 35 years ago.” Pres. Obama speaking to reporters shortly after George Zimmerman was acquitted in the shooting death of Trayvon Martin. SOURCE

8. “Right after Sandy Hook, Newtown, when 20 six-year-olds are gunned down and Congress literally does nothing, that’s the closest I came to feeling disgusted. I was pretty disgusted.” Pres. Obama responding to being asked the time Congress most “disgusted” him. SOURCE

9. “I did get elected president, so not everybody hates me.” President Obama responding to a 4th grade boy who asked him “Why do people hate you?” SOURCE3

10. “I don’t believe it is possible to transcend race in this country. Race is a factor in this society. The legacy of Jim Crow and slavery has not gone away. It is not an accident that African-Americans experience high crime rates, are poor, and have less wealth. It is a direct result of our racial history.” SOURCE

11. “I know because I won both of them.” After being heckled by Republicans who clapped derisively During the 2015 State of the Union speech Pres. Obama stated: “I have no more campaigns to run.” Republicans responded by clapping derisively and Obama hit back with that ad-libbed zinger. SOURCE

12. “You know, the truth is that right after 9/11, I had a pin. Shortly after 9/11, particularly because as we’re talking about the Iraq war, that became a substitute for, I think, true patriotism, which is speaking out on issues that are of importance to our national security, I decided I won’t wear that pin on my chest; instead I’m gonna try to tell the American people what I believe will make this country great, and hopefully that will be a testimony to my patriotism.” Pres. Obama’s response after a reporter noticed that he was no longer wearing an American flag pin and asked about it. SOURCE

If you were successful, somebody along the line gave you some help. There was a great teacher somewhere in your life. Somebody helped to create this unbelievable American system that we have that allowed you to thrive. Somebody invested in roads and bridges. If you’ve got a business — you didn’t build that. Somebody else made that happen. The Internet didn’t get invented on its own. Government research created the Internet so that all the companies could make money off the Internet.

The point is, is that when we succeed, we succeed because of our individual initiative, but also because we do things together.

“When it comes specifically to HIV/AIDS, the most important prevention is education, which should include — which should include abstinence education and teaching the children — teaching children, you know, that sex is not something casual. But it should also include — it should also include other, you know, information about contraception because, look, I’ve got two daughters. 9 years old and 6 years old. I am going to teach them first of all about values and morals. But if they make a mistake, I don’t want them punished with a baby. I don’t want them punished with an STD at the age of 16. You know, so it doesn’t make sense to not give them information.”

FOOTNOTE 3: Obama was asked the question at a New Orleans town hall meeting two days after he was re-elected. Here’s his full response:

First of all, I did get elected president, so not everybody hates me. What is true is if you were watching TV lately, it seems like everybody’s just getting mad all the time. And. you know, I think that you’ve got to take it with a grain of salt. Some of it is just what’s called politics where, you know, once one party wins, then the other party kind of gets – feels like it needs to poke you a little bit to keep you on your toes.