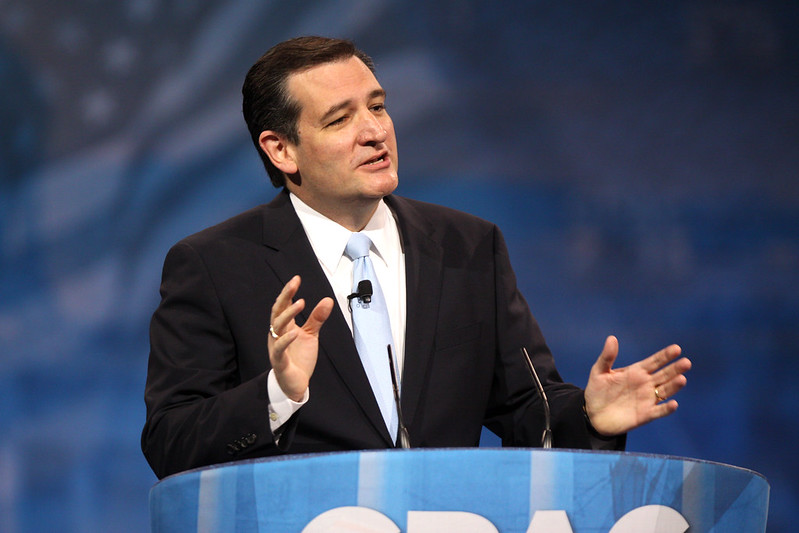 UPDATE: As it turns out, Sarah Palin did in fact endorse Donald Trump’s campaign today.

Rick Tyler, the spokesperson for Ted Cruz’s presidential campaign, and Tea Party favorite Sarah Palin are sparring over rumors that Palin will be endorsing Donald Trump at a rally in Ames, Iowa, on Tuesday.

Asked by CNN”s John Berman about the rumor that there will be a big – so far unnamed – endorsement announced at that rally, Tyler responded that it would be a blow to Palin and not the Cruz campaign were it her offering the endorsement:

“I think it’d be a blow to Sarah Palin because Sarah Palin has been a champion for the conservative cause, and if she was going to endorse Donald Trump, sadly, she would be endorsing someone who’s held progressive views all their life on the sanctity of life, on marriage, on partial-birth abortion,” he stated, adding: “If it’s Sarah Palin, let me just say that I would be deeply disappointed.”

Palin’s daughter, Bristol Palin, hit back at the Cruz campaign in a hard-hitting article published by Patheos today, entitled “Is THIS Why People Don’t Like Cruz?”

Speaking of the rumor of a possible Palin endorsement, Bristol wrote “I’ve been too busy with diapers to delve too much into politics these days. But the rumors were enough to cause staffers from Ted Cruz’s office to slam my mom.”

“I like Cruz. In fact, I met him last year, and I believe anyone’s better than Hilary Clinton. But here’s the thing, Sen. Cruz.  My mom has consistently supported you and encouraged you.  You’ve been a great advocate for conservative causes, and she’s stood by you when others haven’t,” she continued, adding: ‘I would not be in the U.S. Senate today if it were not for Governor Palin,’ you’ve said before.”

Bristol then goes in for the kill, stating that in light of the recent insults from the Cruz campaign – she hopes her mother does in fact endorse Donald Trump’s campaign:

After hearing what Cruz is now saying about my mom, in a negative knee-jerk reaction, makes me hope my mom does endorse Trump. Cruz’s flip-flop, turning against my mom who’s done nothing but support and help him when others sure didn’t, shows he’s a typical politician.  How rude to that he’s setting up a false narrative about her!

America doesn’t need that.  We need someone who has a vision for economic prosperity, who won’t let us get kicked around in the world, and who will fight for our future.

I didn’t go to Harvard Law School, but I know this:  You can like two people in a race, but there will only one president.

The audacity to suggest that because she chooses one over the other will somehow “damage” her just shows arrogance.

You’ve also said, “She can pick winners!”  I hope you’re right, and that she endorses Donald Trump today for President.

You can watch Tyler’s comments to CNN in the clip, below: