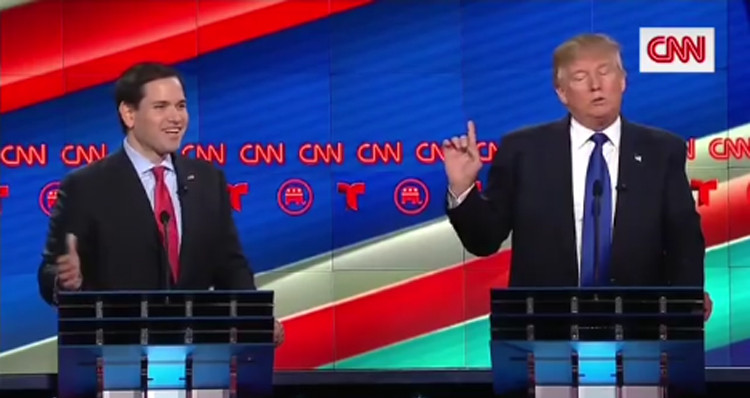 Rubio held nothing back, attacking Trump on a variety of topics from foreign policy to his tax returns.

One of the sharpest exchanges of the night occurred when Rubio asked Trump for specifics on his plans for health care.

The two exchanged jabs with Trump continuing to insist that he would get rid of the current rules prohibiting the selling of insurance across state lines.

Rubio mocked him for repeating himself: “So that’s the only part?” he retorted. “Just the lines?”

Trump tried to explain himself, referring once again to state lines.

Rubio pounced on him, exclaiming: “Now he’s repeating himself.”

Rubio laughed at Trump telling him: “I saw you repeat yourself five times five seconds ago.”

Y0u can watch the exchange below: