February 23, 2016 by Kimberley Johnson No Comments 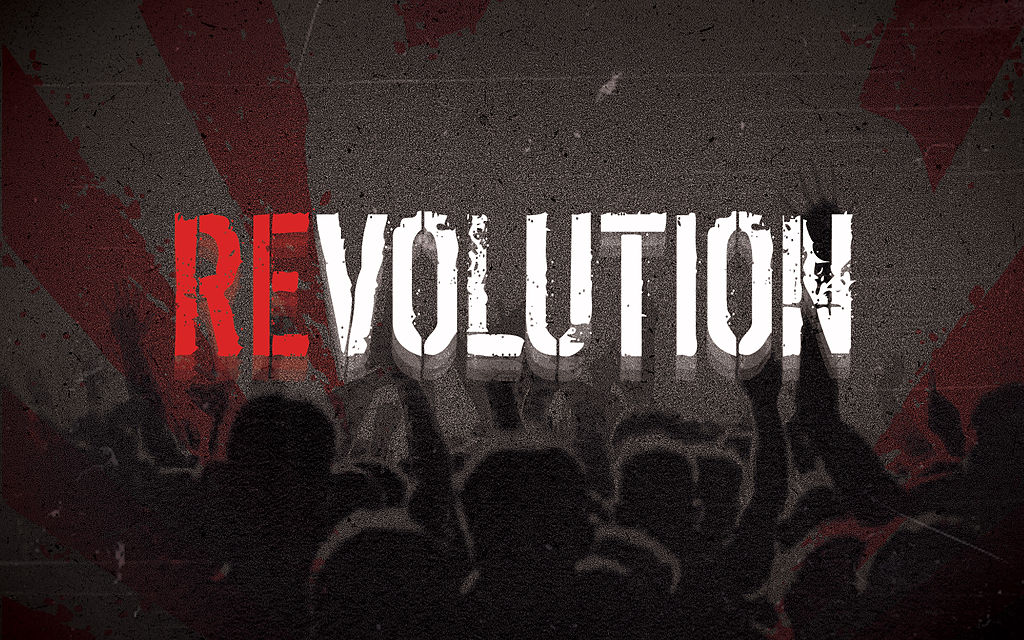 You say you want a revolution?

Senator Bernie Sanders has re-ignited a spirit of hope and change with his message of a political revolution. Last summer he was barely a blip on the presidential radar, but his progressive vision has resulted in millions and millions of dollars in small, individual campaign donations, and he fills stadiums and arenas with thousands of passionate supporters all across the country.

Hillary Clinton is a powerful force to be reckoned with; and, while Sanders is giving her a literal run for her money, there will only be one nominee.

Election Day will mark a transition, but how much of a transition will depend on voter turnout and who we vote for.

The political revolution isn’t about Bernie Sanders. It’s not about one person. It’s about you and me – all of us. It’s about breaking up the big banks, raising the minimum wage. It’s about expanding voting, women’s and civil rights, improving healthcare, infrastructure, campaign reform, reducing poverty . . . and all the other important changes we must make to be a successful progressive country.

A president can only do so much. They don’t have magic wands. Their success depends on favorable congressional majorities. If Americans vote for a Democratic president but both chambers of Congress remain in Republican hands, we’ll see more obstruction, plenty of GOP drama and not much will get done.

There are a number of people who insist they will not vote unless Bernie Sanders is the nominee. I’m not going to tell you that you should vote for Hillary Clinton. But if you want to see progress, you’ll have to vote blue for everyone else on your ballot. When they win, it’ll be crucial to keep up the pressure on both parties. Communicate with them, hold them accountable; and if they aren’t working for the people, show up in the next election and vote them out. Midterm elections are just as, if not more, important, and yet they don’t enjoy anywhere near the same level of attention from progressive activists. It’s disgraceful how badly recent midterms have been ignored by movement liberals. The political revolution has to include a reversal of that trend.

A political revolution isn’t about a one-time vote. It isn’t about one charismatic leader changing a nation. It’s about a nation rising up against corruption – on an ongoing basis. It’s about the power of the people forcing the change.

This is how we keep the political revolution going. Hillary Clinton is campaigning on the idea that changes are incremental, and she’s right. Change is not usually swift and drastic. It’s a process. It’s about the long haul.

Democrats are worlds better than the current mess that is the Republican Party, but that doesn’t mean Democrats are perfect. Far from it. The establishment exists. I know, I’ve dealt with senators who can’t be bothered to support constitutional gender equality. One of them only bothered to show interest when he found out about a dinner he wanted to attend (my colleague was able to get that invite). Only after he received the invitation did he agree to co-sponsor it. It had nothing to do with his desire for a more equal nation. He’s a Democrat. He was selfish. The establishment exists.

If the worst case scenario happens, and we see a President Donald Trump, how far will he get if he’s dealing with a Democratic majority? Ask Obama how it’s been working out for him with an opposition Congress.

If you were a business owner and you found out an employee was costing your company money, hurting morale, or worse, would you say, “Oh well, there’s nothing I can do about it.” Or would you fire them?

If you can’t be bothered, nothing will ever change. There will be no revolution, and elected officials who become drunk on their own power will decide your fate.

For those who argue we can’t do anything because of gerrymandering, I politely ask you to wake the f*ck up. Yes, we can do something about it. We can vote in numbers too big to ignore. That requires effort. Effort on your part. People need to phone bank and canvass. People need to help friends and neighbors get to the polls. It’s not a monumental task. It really isn’t. It’s your future. It’s your children’s future. If you can’t be bothered to care, then don’t expect anyone else to care.

Congress makes the laws. The Senate confirms Supreme Court justices. The president only has so much power, and no matter what, Congress and the president work for us. Not the other way around,

If you want a political revolution – or you just want a better life – participate, and don’t believe that it’ll all work out just fine if you don’t pay attention.