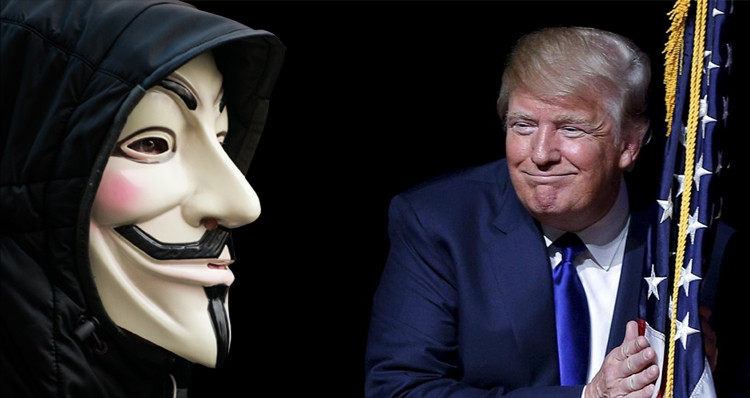 Hacktivist group Anonymous has declared war on Donald Trump and they are looking for help.

The noted hacktivist group Anonymous has declared war on Donald Trump with a proposed date of April 1st to take down www.trumpchicago.com.

The Republican presidential hopeful was first targeted by the group last December according to a News Mic report.

At that time, Anonymous “took aim at the business tycoon with a stern warning after the Republican candidate called for a full ban on Muslims entering the U.S., a statement which angered many across party lines.”

“Donald Trump, think twice before you speak anything,” said a masked member of Anonymous in a video at the time. “You have been warned.”

The most recent video against Trump was released on March the 4th and is being used to recruit other hacktivists to help their efforts to take down several Trump sites, as well as trying to dig enough dirt to destroy his business interests.

“Dear Donald Trump, we have been watching you for a long time and what we see is deeply disturbing,” the usual masked narrator states. “Your inconsistent and hateful campaign has not only shocked the United States of America, you have shocked the entire planet with your appalling actions and ideas.”

After calling for help with the so-called war on Trump – with or without hacking experience – the narrator remarks: “This is a call to protect our future, our freedom and our very way of life.”

An online document posted by Anonymous details the specific Trump sites and supporting sites being targeted:

The document also includes very specific personal and business information on Trump to aid in the effort to “take him down.”