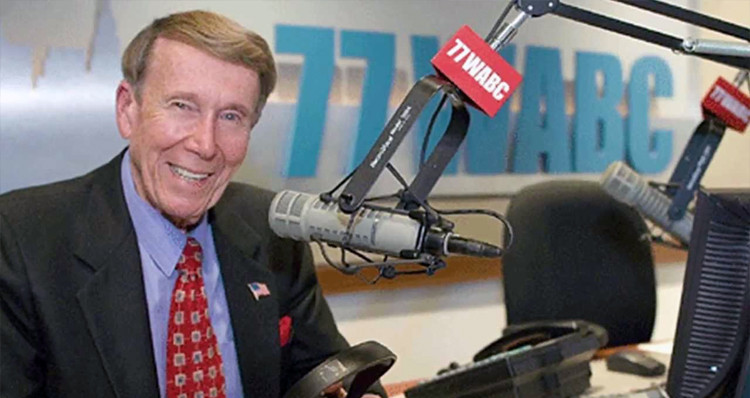 The highly anticipated theatrical premiere of The Brainwashing of My Dad will take place Friday, March 18, in New York and Los Angeles. The documentary includes a personal story by award-winning filmmaker Jen Senko, along with a plethora of interviews with the likes of Noam Chomsky, Thom Hartmann, and Clair O’Connor. In the film we see how the odious right-wing media continues to have a great negative affect upon our country, how it originally started, and the inside “conservative” media tools they use to influence/control the national discourse.

Right-wing talk radio is known to attract older angry Republicans, but what causes some Americans who were apolitical or Democrats in their younger days to become obsessed with radical conservative talk shows and propaganda in their twilight years?

Filmmaker Jen Senko explores the issue after watching her father, a WWII veteran and Kennedy Democrat, transform in to a Fox News fanatic. Suddenly and inexplicably, her dad began to take issue against people of color, homosexuals, women, minorities, Democrats, and the poor. Sound familiar? Millions have experienced watching such a change in their friends and family.

To see clips with Noam Chomsky, Johnny E Williams, and Edward S. Herman in our previous Daily Kos story click HERE. Below is the latest trailer from the documentary, The Brainwashing of My Dad that premiers this weekend.

Using the “entertaining example” of her her dad, Senko is able to expose the tools and tricks used by right-wing media in their campaign to influence/control American discourse. In discovering what happened to her father, Senko looks at the bigger picture of what’s happening behind-the-scenes.

In a recent interview, Jen Senko told me:

“If you and I are to vote in a way to most benefit society and ourselves, we need truthful and unbiased information. Our democracy depends on it. As long as six corporations control the majority of U.S. media and broadcast divisive propaganda 24/7/365, we will continue to vote against our own interests and increase the scale of social injustice.”

Introduced by a mutual friend in the StopRush (Rush Limbaugh) movement, I first spoke with award-winning filmmaker Jen Senko in 2013. At that time the film was still a work in progress and she had just started a Kickstarter campaign in hopes of raising enough funds to work on the film. Through Daily Kos and other liberal media sites getting the word out on their websites and Facebook pages, Senko completed the film.

In her latest statement, Jen Senko reveals more about why she made the film.

Years ago, it was with frustration and sadness that I watched my father, a sweet and goofy dad, go from being a Kennedy Democrat, who was open-minded, had compassion for others, and an optimistic attitude towards life, to an intolerant fanatic who lived and breathed the right-wing agenda. Suddenly and inexplicably, he was railing against minorities, homosexuals, poor people, and Democrats. He became unrecognizable to his family and friends; he was angry all the time and sowed chaos wherever he went. I was mystified.

I was compelled to make a documentary about it. What I discovered is that my family was not unique. Countless families had experienced this kind of radical personality shift in a friend or family member, which wreaked havoc in their relationships. And what they all had in common was the change in “media diet” to right-wing news sources. I began to investigate the ring-wing media, and the more I did, the more I also saw its effect on the mainstream media, as battles for ratings caused truth to take a back seat, and right-wing memes, many of which were blatantly false, increasingly became the accepted norm.

But where did these come from, and what was their purpose? I dug further -until I unearthed a purposeful, methodical plan that took place over the last forty years to take the country to the Right. The story of my dad had become a story of the nation.

Some people may question my use of the word “brainwashing,” but I’m not talking about the tactics we usually think of when we think of brainwashing (like the old Communist brainwashing camps). What I mean is that people like my dad have become so taken over by right-wing media and its disinformation campaign, that they speak, vote, and even act against their own interests – even against the very core of who they are.

It is my hope that by lifting the curtain on what the right-wing media is doing to the very fabric of our country, by shedding light on both its tactics and agenda, that families, and the nation, can begin to heal.

The film opens Friday, March 18th in New York at CINEMA VILLAGE, and in Los Angeles at LAEMMLE MUSIC HALL. The documentary will also premiere at Mineral Point Opera House in Madison, WI., and The Milton Theatre in Milton, DE, and 14 Pews in Houston, TX. For more information visit here.

Here is a new exclusive clip from The Brainwashing of My Dad — ”The Liberal Media Myth.”

For more information, see below the fold.

The Brainwashing of My Dad Film Team

Jen Senko is an award-winning filmmaker, writer, director, producer, and narrator based in New York City. Her documentaries include The Vanishing City co-directed with Fiore DeRosa, exposing the policies and economic philosophy that has made New York a city for the rich;this was narrated by Kathryn Erbe (of “Law and Order”). Over the past fifteen years Senko has been involved in writing, directing, and producing. She started her company, JSenko Productions, in order to produce a number of independent short films.

By the age of 24, he was working for Apple Computer, Inc. where he managed Retail Marketing and High Profile Events in NYC. In 2010, Rackoff partnered with Matthew Modine; together the duo have produced a variety of award-winning projects, including the short film Jesus Was A Commie, the Full Metal Jacket Diary, and The Flying House. Adam most recently worked on the award-winning short film Merry Xmas starring Dick Van Dyke and Valerie Harper and is currently executive producing the new comedy short Super Sex starring Ed Asner, Kevin Nealon, and Elizabeth Perkins.

Jodie Evans has been a peace, environmental, women’s rights, and social justice activist for over forty years. She has traveled to war zones, promoting and learning about peaceful resolution to conflict. She served in the administration of Governor Jerry Brown and has also published two books, “Stop the Next War Now” and “Twilight of Empire.” Some of her documentary films, including the Oscar and Emmy-nominated The Most Dangerous Man In America, The People Speak, and The Square. Evans co-founded CODEPINK: Women for Peace, and sits on many boards, including 826LA, Rainforest Action Network, Institute for Policy Studies, and Drug Policy Alliance.

Bill Plympton is widely considered to be the “King of Indie Animation” and is still the only living animator to hand draw every frame for an animated feature film by himself. His animated features include The Tune Mondo Plymton, I Married A Strange Person, and the Mutan Aliens.

Note: If you are a Kickstarter backer on this film, you can visit the film’s Kickstarter page HERE. Many thanks and good luck wishes to Jen Senko and all those who helped make this documentary happen.

This article was originally posted to Daily Kos by Leslie Salzillo.