" /> A Quick Message For The Anti-Abortion Crowd 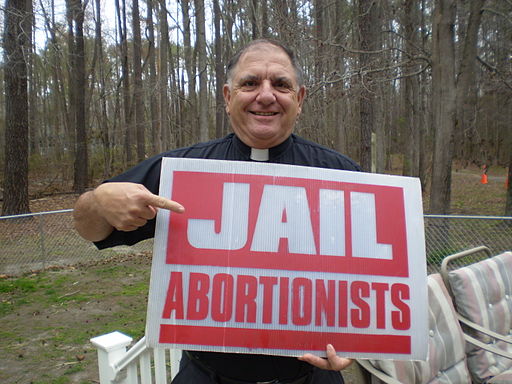 In 1973 the Supreme Court decided a woman’s right to choose abortion was legal.

This means when a person decides to have an abortion:

What’s funny (and by funny I mean maddening) is that even some high-profile anti-choicers are actually pro-choice – and they don’t even recognize their own blatant hypocrisy.

Here are two examples (emphasis mine):

In a 2008 interview with Katie Couric, Sarah Palin said:

COURIC: Palin says she makes no apologies for her pro-life views and opposes abortion, even in the case of rape or incest.

PALIN: I’m saying that personally I would counsel that person to choose life, despite horrific, horrific circumstances that this person would find themselves in.

Here’s some friendly advice; If you’re opposed to abortion, don’t have one. Easy peasy.

Let’s recap: Abortion is legal and it’s none of your business, unless your opinion is requested. Also, many anti-choicers are really pro-choice and don’t realize it.

I’m looking forward to all the hate mail and angry comments.