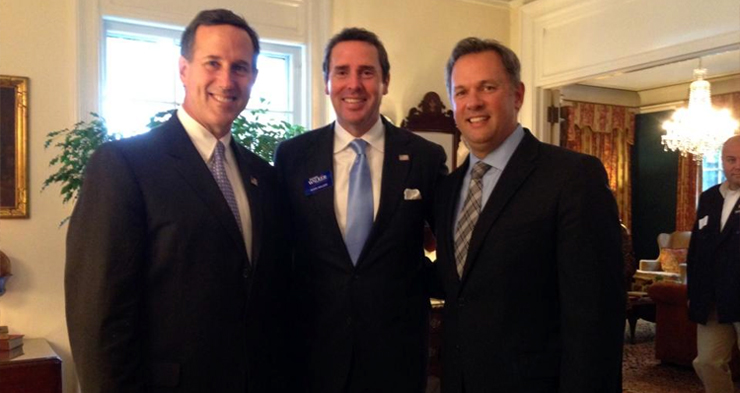 In a flagrant display of hypocrisy, a North Carolina congressman calls Bruce Springsteen a bully.

Last week, legendary singer-songwriter Bruce Springsteen cancelled his upcoming North Carolina concert over the state’s new anti-LGBT law. The 20-time Grammy Award winner, who is widely known for his Americana/working class lyrics, joins an ever increasing list of celebrities, businesses and cities that are cancelling business and engagements in the state.

Springsteen noted in a statement posted on his official Facebook page that “some things are more important than a rock show and this fight against bigotry — which is happening as I write — is one of them. It is the strongest means I have for raising my voice in opposition to those who continue to push us backwards instead of forwards.”

Republican United States Representative Mark Walker has decided to stand with the Republican bullies in the state’s legislature who passed this discriminatory bill; he is now attacking Springsteen and calling him a “bully.”

Walker told The Hollywood Reporter that: “It’s disappointing he’s not following through on his commitments.”

“Bruce is known to be on the radical left,” he continued, adding “and he’s got every right to be so, but I consider this a bully tactic. It’s like when a kid gets upset and says he’s going to take his ball and go home.”

According to The Hollywood Reporter “Walker accused Springsteen of a history of poor judgment, criticizing him, for example, for singing ‘Fortunate Son’ 18 months ago at The Concert for Valor, which aired live on HBO.”

“This is a guy who has such a lack of discernment that he sang a draft-dodging song at a Veteran’s Day concert meant to honor those who have actually served,” said Walker.

You can read Springsteen’s statement announcing the cancellation of his concert, below: