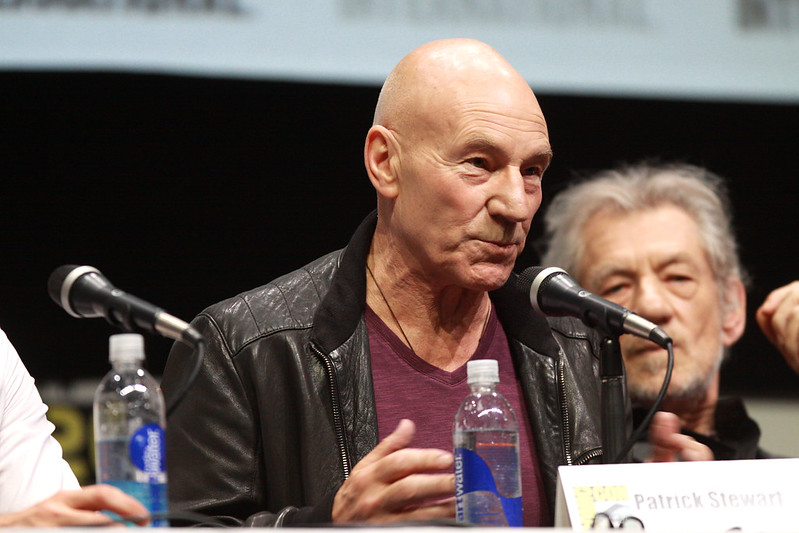 Patrick Stewart talks about growing up with domestic violence and finding out that his father suffered from PTSD and how he honors his parent’s memory.

Sir Patrick Stewart was one of the featured speakers at Houston’s Comicpalooza – The Texas International Comic Convention back in May 2013 and his words are just as relevant today as they were back then (sad to say).

There were several particularly poignant moments when he spoke out in regard to violence against women in response to a question from a woman in the audience. He had inspired her to get out of an abusive situation through a speech he had given before Amnesty International back in 2009. The woman, who goes by Heather Skye on YouTube, had gone to the convention specifically to thank Stewart.

“Besides acting, what are you most proud of that you have done in yout life — that you are willing to share with us?”

Stewart responded by talking about his own experiences with his father who abused both him and his mother beginning when he was only 5 years of age. He went on to speak of his involvement with Refuge, a long-standing organization in the U.K. that provides safe shelter for women and their children and works to prevent domestic violence.

But the best was yet to come. Here is a recounting from Heather from her LemonSweetie blog: