April 6, 2016 by Kimberley Johnson No Comments 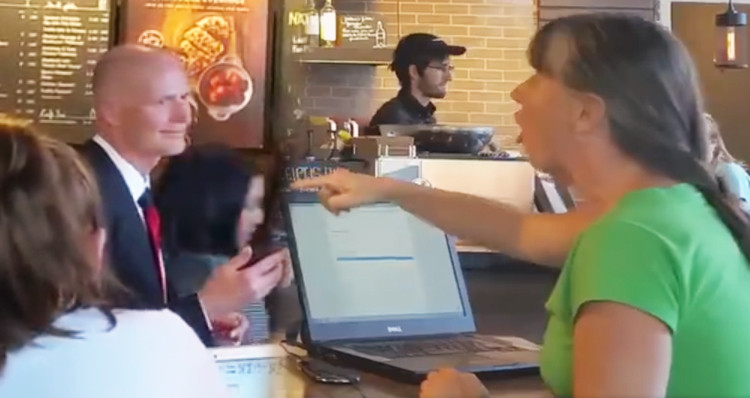 Florida voter ripped into the Republican governor at a local Starbucks – and it was glorious.

When Florida Governor Rick Scott stopped in a Gainesville Starbucks on Tuesday, he got a lot more than a latte.

While the Republican governor was in line, a former city commissioner Cara Jennings started yelling at him for opposing Medicaid expansion – which prevented her from getting health insurance via the Affordable Care Act.

“You’re an a**hole!” she yelled. “You don’t care about working people! You should be ashamed to show your face around here!”

A defensive Scott shot back and said that as governor, he’s created one million jobs, but his remark only fueled her fire.