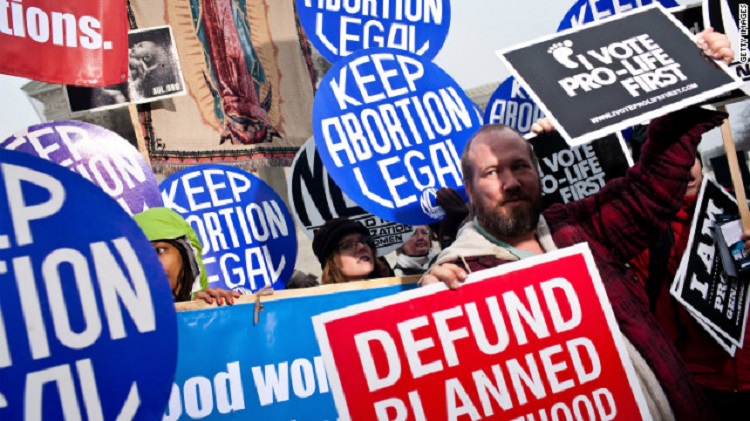 Utah legislators, not doctors, are making medical decisions for abortion providers and their patients.

A new Utah law will go into effect this month that will force doctors to over-anesthetize women seeking abortions at 20 weeks or later – putting patients at risk for potential harm. The “Protecting Unborn Children Amendment” is based on the unscientific belief that a 20-week-old fetus is capable of feeling pain and the goal is to “eliminate or alleviate organic pain to the unborn child.”

The reckless and dangerous law passed by the Republican-controlled state legislature and signed in late March by Gov. Gary R. Herbert does not provide doctors and abortion providers with any specific amount of anesthesia and “has opened a new front in the heated debate over fetal pain,” according to the New York Times.

Other states that have introduced fetal pain laws are trying to ban abortions after 20-weeks. Utah is the first state to base a fetal pain law around anesthesia, and physicians argue that the Utah law might as well serve as a a ban.

It’s currently common practice for abortion providers to offer anesthesia to women seeking abortions in their second trimester; and, as a result, the medication naturally enters the fetus’ bloodstream. Providers are legally required to inform patients of the health risks and side effects; however, this new law does not mandate this practice. It does ask physicians to provide patients with this information based on junk science: “substantial medical evidence from studies concludes that an unborn child who is at least 20 weeks gestational age may be capable of experiencing pain during an abortion procedure.”

The American Congress of Obstetricians and Gynecologists said that the number is 27 weeks.

Dr. Leah Torres is a Utah based abortion provider and she told the Times, “You’re asking me to invent a procedure that doesn’t have any research to back it up… You want me to experiment on my patients.”

Under the new law, abortion providers could face a third-degree felony if they refuse to mislead their patients. Dr. Anne Davis, consulting medical director for Physicians for Reproductive Health, told CNN, “Imagine that I sit down with a patient and tell her what she can expect and how I’m going to take care of her. And somehow I work in, ‘Oh, by the way, the state has told me that I have to give this to you?’ She asks, ‘Why?’ And I say, ‘There’s no benefit to you, but there will be additional risk.'”

Doctors are not provided with any information regarding what kind or how much anesthesia is legally required and they’re asking questions that the statehouse is unable to answer. (BECAUSE LAWMAKERS ARE NOT MEDICAL PROFESSIONALS!!!)

“We don’t know what to do. What does it mean? How do we not break this law?” Torres lamented. This confusion and fear could keep physicians from performing abortions altogether, and other abortion providers could stop performing abortions on women who are in their second trimesters because they don’t wish to unnecessarily endanger the lives of patients by administering an unsafe level of pain killers. The result is an indirect ban.

This is yet another attempt by anti-choice zealots to control women’s bodies. Unless voters who believe in a woman’s right to choose show up and vote for progressive down-ballot candidates, we are at risk of losing the reproductive rights fought for and won decades ago. Since overturning Roe v. Wade won’t happen unless Republicans can gain a conservative majority in the Supreme Court; they are looking to make it impossible for women facing unwanted pregnancies to get legal abortions with laws that either close abortion clinics based on bogus TRAP laws, or they use junk science and insist that a fetus feels pain – even though actual science shows no such proof.