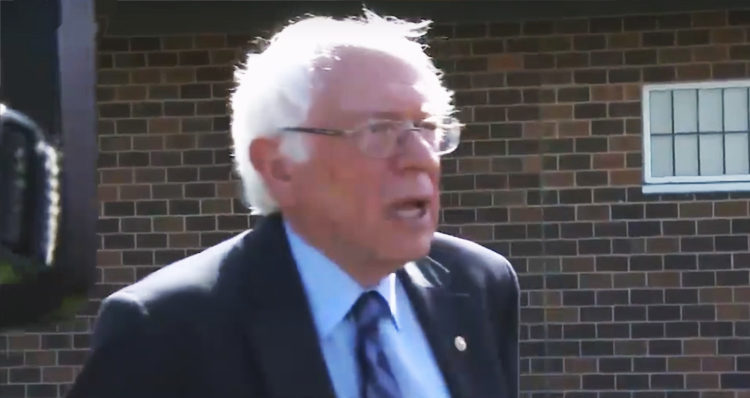 Bernie Sanders delivers one one of the most heartfelt messages of the 2016 campaign.

The 2016 campaign is mired in bigotry and dissent, but Democratic presidential hopeful Sen. Bernie Sanders delivered one of the most heartfelt responses of this year’s electoral cycle.

As The People For Bernie Sanders 2016 wrote: “Regardless of who you support, you have to watch this. It’s the most honest, heartfelt response you’re going to see from ANY candidate this election.”

Asked about where his support for Native Americans comes from, Sanders responds that: “It comes from, I think, a political life of trying to do my best to protect the least among us. You know, I don’t hustle money from Super PACs and billionaires. I try to get an understanding of the reality of American life; and I’ve learned a lot in this campaign.”

He continued, adding: “I must be very honest to you. It was, to me, a very emotional experience being in Flint, Michigan and seeing what a broken infrastructure there and a water system, which is poisoning the children, is doing to that community. “

Concluding, Sanders stated: “I was in McDowell Country in West Virginia where the life expectancy  of people there is – for men – 18 years less than it is 6 hours north. That’s incredible. That’s insane; and to go to a Native American Reservation like Pine Ridge and see where very few kids are going to make it to college. Many of these children are going to drop out. Where substance abuse is rampant. Where life expectancy is of a Third World level. It is unacceptable. That’s all. It is unacceptable. I’m an American and I will not tolerate those conditions. They have got to change. And if elected President of the United States, I will change this.”