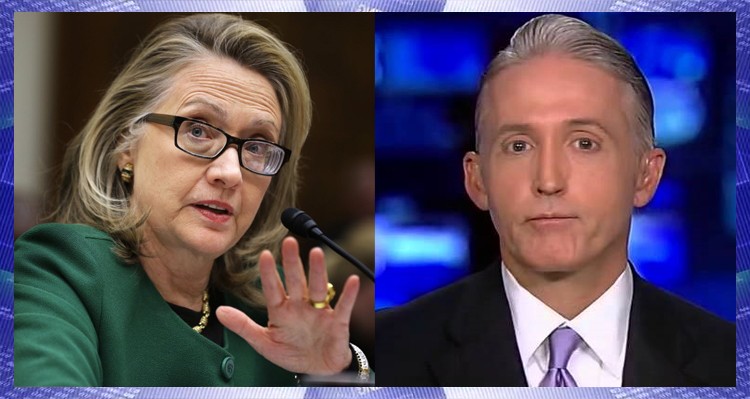 Last Sunday marked the second anniversary of the creation of the House Select Committee on Benghazi and Rep. Elijah E. Cummings (D-MD), Ranking Member of the Committee, issued the following statement.

“Republicans have now spent more than two years and nearly $7 million of taxpayer funds for the illegitimate purpose of bringing down Hillary Clinton’s poll numbers, as Kevin McCarthy admitted.  The Select Committee has discovered no new evidence that contradicts the core findings of the previous bipartisan and independent investigations.

“Republicans are desperate to hide the truth, so they are selectively leaking misleading information to fit a partisan political narrative, withholding interview transcripts from Democrats to prevent us from publicly releasing the facts to the American people, and completely cutting out Democrats from drafting the Select Committee’s final report.

“Two years ago, I decided to participate in this investigation because we needed someone in the room to defend the truth.  Two years and millions of dollars later, Republicans have lost any semblance of credibility as they continue to drag this out as close as they can to the election.  Republicans should release the transcripts, stop squandering taxpayer dollars, and shut down this disgraceful partisan charade before it does even more harm.”

(2)  June 22, 2015:  Gowdy unilaterally—again without any debate or vote—releases only selective emails between Clinton and Blumenthal, just months after he proclaimed publicly that “serious investigations do not leak information or make selective releases of information without full and proper context.”  At the same time, he blocks requests by Democrats to release Blumenthal’s deposition transcript, which debunks Gowdy’s many conspiracy theories.

(3)  September 29, 2015:  House Majority Leader—and Chairman Gowdy’s close friend—Kevin McCarthy admits that Republicans established the Select Committee to drive down Secretary Clinton’s poll numbers:  “Everybody thought Hillary Clinton was unbeatable, right?  But we put together a Benghazi special committee.  A select committee.  What are her numbers today?  Her numbers are dropping.”

(5)  October 14, 2015:  Republican House Member Richard Hanna admits publicly that the Select Committee is “designed to go after” Clinton:  “This may not be politically correct, but I think that there was a big part of this investigation that was designed to go after people and an individual, Hillary Clinton.”

(6)  October 18, 2015:  Gowdy accuses Clinton of sending an email containing the name of a classified CIA source, and his staff then accidentally leaks the name of that individual.  The CIA quickly debunks Gowdy’s allegation.

(7)  October 19, 2015:  The Washington Post reports on links between Gowdy and Stop Hillary PAC, which describes itself as “created for one reason only—to ensure Hillary Clinton never becomes President of the United States.”  Gowdy’s leadership PAC, Themis, shared the same treasurer as Stop Hillary PAC since 2013, an outspoken Clinton opponent named Dan Backer who also served as treasurer on three other PACs that each donated $2,000 to Gowdy for Congress.  Only after being confronted with these facts by the Post did Gowdy return these donations.  In September 2014, STOP Hillary PAC spent $10,000 on robocalls and other efforts in support of Gowdy.

(8)  October 22, 2015:  Gowdy holds a marathon, 11-hour hearing with Secretary Clinton that is widely condemned by even conservatives commentators as a “carnival road show,”  “overkill,”  a “PR disaster for the GOP,”  a “big fat flop,”  and “a very bad day for Trey Gowdy and the Republicans.”  Gowdy concedes that the hearing revealed nothing new:  “In terms of her testimony?  I don’t know that she testified that much differently today than she has the previous time she testified.”

Donald Trump—now the presumptive Republican presidential nominee—calls Gowdy’s hearing“a total disaster” that “was not good for Republicans and for the country.”  He tweets, “Face it, Trey Gowdy failed miserably on Benghazi.”  He then refers to him as “Benghazi loser Gowdy.”

(10)  April 29, 2016:  The Pentagon takes the highly unusual step of sending a letter to Gowdy exposing the latest GOP abuses, including dragging out the investigation, requesting duplicative and unnecessary witnesses, and asking witnesses to “speculate or engage in discussing on the record hypotheticals.”  The letter states that the Pentagon “expended significant resources” trying to locate an individual identified as “John from Iowa,” who called into Sean Hannity’s radio show and alleged he was a Remotely Piloted Aircraft camera operator and saw the video feed from the night of the attack.  Gowdy wanted to interview him even though the Select Committee already had access to the relevant video from that night.