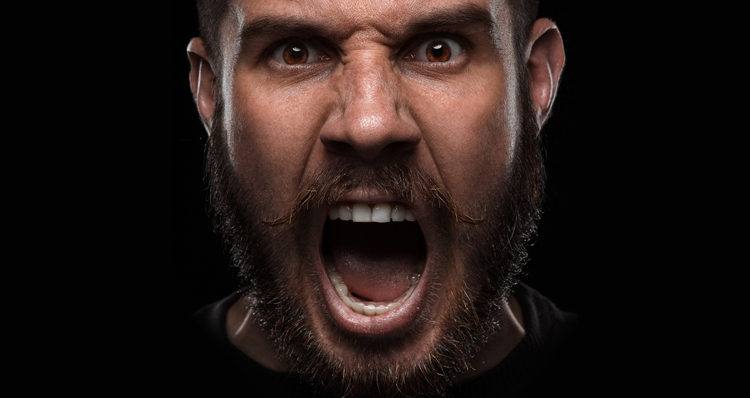 Ann Coulter is at it again, using asinine, untruthful, bigoted remarks to justify her racist views on immigration.

Conservative darling Ann Coulter has taken to the keyboard – yet again – composing a hate-filled lie-drenched slight-of-hand defense of her anti-immigration viewpoint.

Writing for the notorious conservative website, Brietbart, Coulter begins her rant, How Does Immigration Reduce Mass Shootings?, with an all-out assault on immigrants.

In short, Coulter blames immigrants (singling out Muslims) for the current volume of mass murders in the country.

When the Third World immigrants admitted under Sen. Teddy Kennedy’s 1965 Immigration Act — as well as their children — commit mass murder, the government and media tell us it’s a gun problem. Or it’s “our” culture. Or it’s “homophobia.” Or we have to keep admitting millions of Muslims because otherwise the ones already here will REALLY hate us.

Her proof? Simple – she points to eight “mass murders from the last decade,” that include:

Coulter also makes the “an ounce of prevention is worth a pound of cure” argument for banning Muslim immigration, writing:

As any competent health professional will tell you, prevention is always better than a cure. No one says, Go ahead and have sex with that syphilitic whore — we’ve got a cure! You don’t need to worry about a leaky roof — we’ve got mops! [emphasis included in original article]

Note, Ted Kennedy (D-MA) did not introduce the bill although he did offer his support for its passage.

Of particular note, although the bill was co-sponsored by two Democrats, a combined total of 74% of Democrats and 85% of Republicans voted for passage of this bill.[1]

As proof of her claims against immigrants, Coulter offers a paltry list of eight mass murders from the last decade that were committed by immigrants.

However, in looking at the oft-cited Gun Violence Archive, a different picture quickly emerges with a quick review of the figures regarding mass shootings from last year. And in all fairness, not all of these shootings included victim fatalities, but the numbers still speak for themselves.

Using the FBI derived definition of a mass shooting, “FOUR or more shot and/or killed in a single event [incident], at the same general time and location, not including the shooter,” the Gun Violence Archive documented 331 mass shootings for the year 2015.[2]

Mass shootings in the United States drew an enormous amount of attention in 2015. In early December, the NewsHour plotted the locations of these shootings in a map, using data from the Mass Shooting Tracker. This post was widely shared across social media.

According to the Tracker’s data, which defines a mass shooting as an incident in which at least four people are killed or wounded, there were 372 mass shootings in the U.S. in 2015, killing 475 and wounding 1,870.[2]

Looking to mass murders themselves, the numbers are a bit more difficult to ascertain.

In December of 2013, USA Today reported that “marking the death toll of mass killings in America is anything but simple. It’s hampered by the FBI’s voluntary reporting system that gets it right a little more than half the time, and by advocacy groups who may count only incidents that support their cause, ignoring killings that don’t involve a gun or did not get heavy media coverage.”

In a related post from December 2013, “Behind the Bloodshed, The Untold Story of America’s Mass Killings,” USA Today reports that: “Since 2006, there have been more than 200 mass killings in the United States.” [Those figures spanned estimates from 2006 – 2011, a 5 year period]

USA TODAY examined FBI data — which defines a mass killing as four or more victims — as well as local police records and media reports to understand mass killings in America. They happen far more often than the government reports, and the circumstances of those killings — the people who commit them, the weapons they use and the forces that motivate them — are far more predictable than many might think.

USA Today goes on to report that “mass killings happen about every two weeks.”

>While only about 1% of all murders nationally, mass killings still happen frequently. The FBI counted 172 cases of mass killings between 2006 and 2011. That does not include some large states such as Florida, for example. Poor reporting by police agencies to the FBI also means some mass killings were left out, while others that don’t meet the standard were included.

You can go here for additional data from USA Today detailing how they made Behind The Bloodshed, The Untold Story of America’s Mass Killings.

A rather quick review of known statistics discredits Ann Coulter’s claim against immigrants as mass murders.

Indeed Coulter makes the opposite case considering that according to the last census the total immigrant population of the U.S. is around 12% of the total population of slightly more than 300 million AND considering that she only points to 8 mass murders committed by immigrants the last 10 years, versus USA Today‘s figure of 232 mass murders committed from 2006 – 2011, a period of only 5 years.

FOOTNOTE 2: Both the Gun Violence Archive and the Mass Shooting Tracker use the FBI derived definition of “FOUR or more shot and/or killed in a single event [incident], at the same general time and location, not including the shooter.”