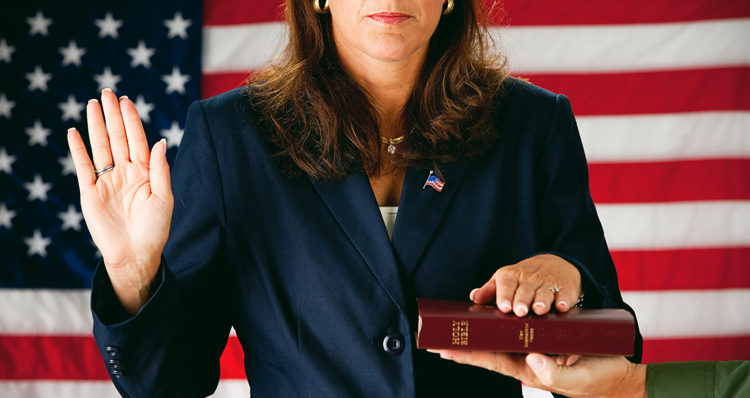 We ain’t seen nothing yet… Incidents of sexism and misogyny will not fall by the wayside if Hillary wins in November.

When Barack Obama became the first African-American president of the United States, the thin façade of American tolerance was ripped away and the ugly underbelly of racism that lurked just beneath the surface was exposed. It was evident all over social media. There were viral memes and graphics depicting our president in ways I won’t even describe because they were so awful. I’ll just say there were gun targets, nooses, watermelons, and other inflammatory, racist images.

Oddly, the Supreme Court decided that racism no longer existed and they gutted the Voting Rights Act, deleting Section 4’s preclearance language, which disenfranchised a hell of a lot of non-white folks.

If Hillary Clinton wins in November, incidents of sexism and misogyny will not fall by the wayside; they’ll ascend to new heights (or descend to new depths). And the funnynotfunny thing of it is – the sexist misogynists will insist that there’s no more sexism and misogyny. They’ll be more than happy to explain it to you, too. They’ll beat you over the head with it until you want to fucking scream. And that’s their goal. They want you to scream and yell; and then they’ll call you hysterical and unreasonable. Because in their archaic minds, their male-dominant superiority will be confirmed.

The sexists will make any and every attempt to quell the feminist army, who will refuse to live under the mistaken belief that everything is 100 percent equal. And when I say feminist army, I’m not describing an army of women; I’m describing an army of women and men who get it. We get that rape culture exists, and it needs to be eradicated. We get that women (and men) do not have constitutional protection against gender discrimination. We get that a woman president won’t mean automatic gender equality – in fact, we get that it will agitate the sexists just as much as a black president agitated racists. And the sexists will protest. They’ll be loud, obnoxious and they’ll firmly believe they have the moral high ground. In other words, America will begin to resemble a feminist Facebook page, complete with brigades of trolls, mansplainers and mansplaining trolls.

Unfortunately, I was unable to find the clip from an Oprah show where feminist icon Gloria Steinem talked about pay inequality – an obvious crime against 1950s fan-fiction – which upset a sexist man in the audience. The conversation between Steinem and the man went something like this:

STEINEM: If women do the same work as men, they should earn the same salary.

MAN IN AUDIENCE: You’re being ridiculous and it sounds like you want women to have more power than men.

MAN IN AUDIENCE: All I hear is that you want to dominate men!

This is the kind of bullshit that will happen with greater frequency with a woman president, and it will be maddening. It will make some feminists feel as if we are losing the battle – and due to the fact that the sexists will be so driven to win, they’ll be unrelenting. They’ll twist words and meanings so much your head will spin. This will be their goal. They will argue and argue and argue.  They’ll exhaust and frustrate you in an effort to wear you down.

The saddest part of all of this is that many of these sexists will use the fact that they vote for Democrats as proof they are not sexist. They will argue that they are progressive and, because of their self-imposed label, we should all calm down, take a pause from our hysterical, uppity demands and just let them explain it to us – because they know better. When we reject their form of “enlightenment,” the progressive sexists will take on a calm, morally superior posture in an effort to make us look and feel unhinged, and then they will declare they are finished with the conversation. If you dare to keep it going and call them out, they will have one more reply before they walk away or block you. Can you guess what it’ll be? C’mon, it’s not that difficult to figure out – they’ll peg you as a man-hater, and then they will disappear into the valley of I know Better Than You.

One day, maybe very soon, America will have a woman president, and the sexists are going to revolt. It’s going to be ugly. It’s going to spike your blood pressure and induce raging heartburn.  Please keep in mind that while it may feel as if the sexists will never get it, remember two things: growing pains often accompany progress, and eventually the sexists will die off. Obviously, there will always be some form of sexism (because some people have to be asses). Younger generations will have a more evolved approach toward gender issues and equality will prevail. It always does. The morally superior ‘splainer sexists can go fuck themselves.