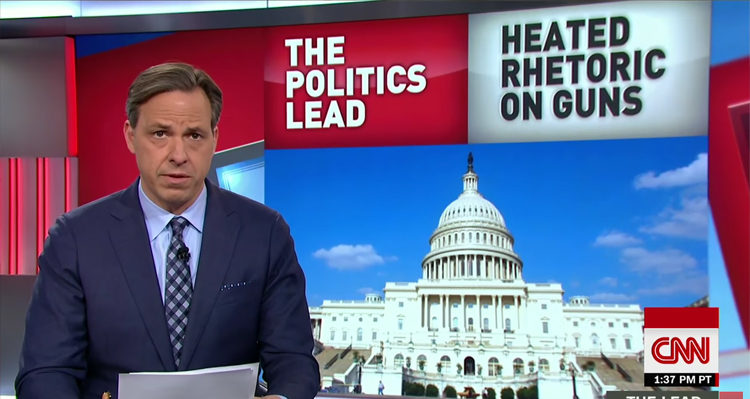 Leading Democrats are accusing the GOP of selling guns to ISIS.

After the Senate voted down four amendments designed to strengthen background checks and prevent suspected terrorists from obtaining weapons, some Democrats are accusing Republicans of essentially selling weapons to ISIS.

Sen. Chris Murphy (D-CT), the leader of last week’s 15-hour Senate filibuster to force action on guns, told The Washington Post on Monday that “Republicans are partially culpable for attacks such as the Orlando nightclub shooting.”

“We’ve got to make this clear, constant case that Republicans have decided to sell weapons to ISIS,” Murphy said, adding: “That’s what they’ve decided to do. ISIS has decided that the assault weapon is the new airplane, and Republicans, in refusing to close the terror gap, refusing to pass bans on assault weapons, are allowing these weapons to get in the hands of potential lone-wolf attackers. We’ve got to make this connection and make it in very stark terms.”

Progressive firebrand Sen. Elizabeth Warren (D-MA) quickly followed up with a tweet, writing: “ChrisMurphyCT said it right: The SenateGOP have decided to sell weapons to ISIS.”

.@ChrisMurphyCT said it right: The @SenateGOP have decided to sell weapons to ISIS.

As CNN reports, on Tuesday other leading Democrats stood by those remarks by Senators Murphy and Warren.

“It’s true,” said Senate Minority Leader Harry Reid, when asked if he agreed with their characterization of Republicans.

White House Press Secretary Josh Earnest said he had not read Warren’s tweet, when asked by reporters from CNN, but went on to blast Republican.

“Republicans are protecting that loophole at the simple request of the (National Rifle Association). Those are facts of the situation. And again I’ll leave it to Republicans to try to defend that position. I don’t think it’s a position that many Americans are going to have sympathy for,” Earnest said, adding: “I’ll let Senator Murphy and Senator Warren describe the situation as they see it. As we see it, it is without question, possible for suspected terrorists to buy guns because Republicans are protecting their ability to do so.”