Trump: ‘Putting A Wife To Work Is A Very Dangerous Thing’

June 3, 2016 by Kimberley Johnson No Comments 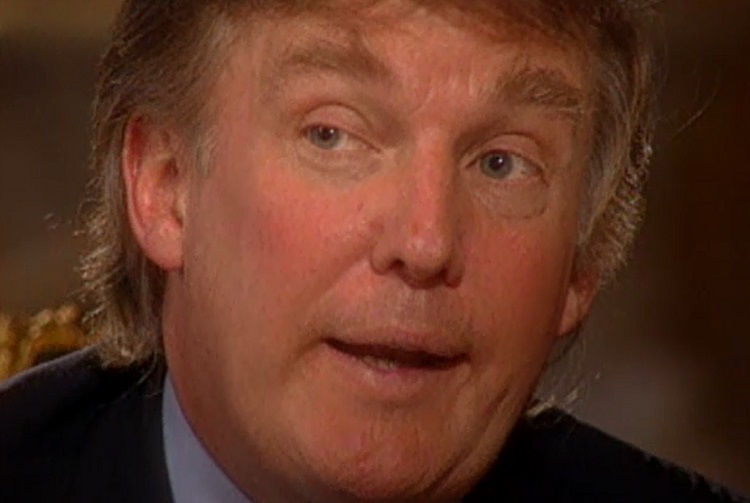 A 1994 interview provides more insight into the warped mind of Donald Trump.

Republican presidential nominee and raging misogynist Donald Trump would like for you to believe that women love him. Facts tell a different story. A poll in March of this year revealed that half of U.S. women view him “very unfavorably.”

In 1994, Trump sat down for an interview with ABC’s Nancy Collins where he spewed forth a barrage of egregious and insulting things about women. He spoke to Collins about a variety of topics including his wives Ivana Trump and Marla Maples, prenuptial agreements, women who work – specifically women who work for him – and how he enjoys creating stars.

He talked about his first wife Ivana, who had previously worked for Trump as an executive. “I think that putting a wife to work is a very dangerous thing. If you’re in business for yourself, I really think it’s a bad idea to put your wife working for you.”

He commented that the greatest strain on his marriage was when Ivana ran one of his casinos in Atlantic City and complained that he would hear her on the phone “shouting” at someone on the other end.

“I’d say, ‘I don’t want my wife shouting at somebody like that, I really don’t want that. And a softness disappeared. There was a great softness to Ivana, and she still has that softness. But during this period of time, she became an executive, not a wife.”

Trump explained that he had mixed feelings about his second wife, Marla Maples, working outside the home. Prior to their relationship, Maples was pursuing a career in the entertainment industry.

Trump discussed his prenuptial agreement with Maples, who reportedly asked for $25 million, but Trump negotiated her down to $1 million and likened the premarital arrangement to a business deal.

“I think a million dollars is a lot of money,” Trump said.

“No, I don’t, actually. I guess I look at everything like a deal. It’s just one of those things.”

If a nightmare scenario becomes reality, and Trump becomes our next president, he’d be in charge of nominating at least one Supreme Court Justice. Something to consider as we approach the November elections.