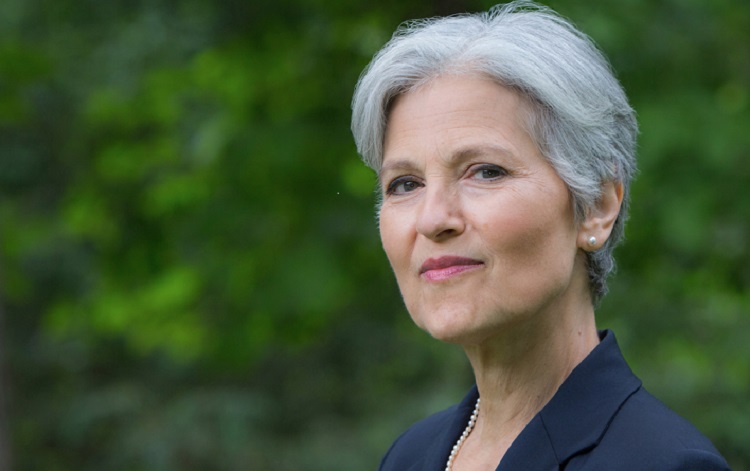 Last May, on the 500th episode of Savage Lovecast, host Dan Savage took off the kid gloves and colorfully explained to a caller why a third party, specifically the Green Party, is not viable in a general election.

A  Lovecast listener, Ray Everett, shared a transcript of the exchange on Facebook:

CALLER: Hi my name is Pheasant and I live in Kansas. My question is, why — you guys talk a lot about politics — I would love to hear you guys talk about third party politics: Independent Party, the Green Party, and the Libertarian Party.

I’m a huge Green Party supporter; I’m voting for Jill Stein. And I realize that people say that if you vote for these, it’s just a wasted vote, it’s a vote for Republicans.

But I also feel we need to start sending a message to Washington and to our political leaders that we’re sick and tired of this two party system and candidates who are controlled by corporations and special interest groups. And they can’t piss off their donors, you know, because they buy the votes.

So I’m just wondering why you guys never talk about it because I think Jill Stein — she’s a member of the Green Party — she’s amazing. And for the people that bitch and moan about… Hillary didn’t always support gay rights, and Bernie didn’t always support this… I agree with you Dan, I think it’s ridiculous how — that people can change. That’s what we want, we try to get people — hey, stop being a homophobic a$$hole, hey stop being a racist prick. But you know the Green Party has never changed. They’ve always supported gay rights, equality for all, the environment…

DAN SAVAGE: Alright, blah blah blah. Sorry I had to stop you. Yeah, let’s talk about the Green Party for just a moment, or third parties, getting a third party movement off the ground here in this country. Because we are sick of the two party system!

Here’s how you f**king do that: you run people not just for f**king president every four f**king years.

I have a problem with the Greens, I have a problem with the Libertarians. I have a problem with these fake, attention seeking, grandstanding Green/Libertarian party candidates who pop up every four years, like mushrooms in sh*t, saying that they’re building a third party. And those of us who don’t have a home in the Republican Party, don’t have a home in the Democratic Party, can’t get behind every Democratic position or Republican position, should gravitate toward these third parties. And help build a third party movement by every four f**king years voting for one of these assholes like Jill fu**ing Stein, who I’m sure is a lovely person, she’s only an a$$hole in this aspect.

You don’t do that by trotting out the reanimated corpse of Ralph f**king Nader every four f**king years. Or his doppelgänger, whoever it is now, Jill Stein and some a$$hole-to-be-named four years from now.

You start by running grassroots, local campaigns. And there’ve been — and I’m sure we’re going hear from lots of people out there listening — there have been a couple of Green Party candidates who’ve run in other races here and there across the country. But no sustained effort to build a Green Party nationally. Just this griping, bullsh*tty, grandstanding, fault-finding, purity-testing, holier than thou-ing, that we are all subjected to every four f**king years by the Green Party candidate.

And the folks, including you caller — and I love you and I respect you and we’re having this debate and I’m not treating you with kid gloves because I respect you — who are fooled by them, who are sucked into this bullsh*t, who are tricked by these grandstanding, attention-seeking, bullsh*t-spewing charlatans, into wasting your vote.

Which is what you are going to do, I’m sorry to say, to circle back to the top of your call. You are essentially, if you’re voting for Jill Stein, helping to potentially elect Donald J. Trump president of these United States.

Which would be a catastrophe. Which is what some people say that they want.

And if Donald should get elected, oh he’s so terrible, so much worse than the equally awful Hillary Clinton, that his election will bring the revolution.

The revolution did not come in 2000 when George W. Bush got close enough to winning to steal the White House. It will not come if Donald J. Trump gets his ass elected.

Don’t do it. Don’t throw your vote away on Jill Stein/vote for, bankshot-style, Donald Trump.