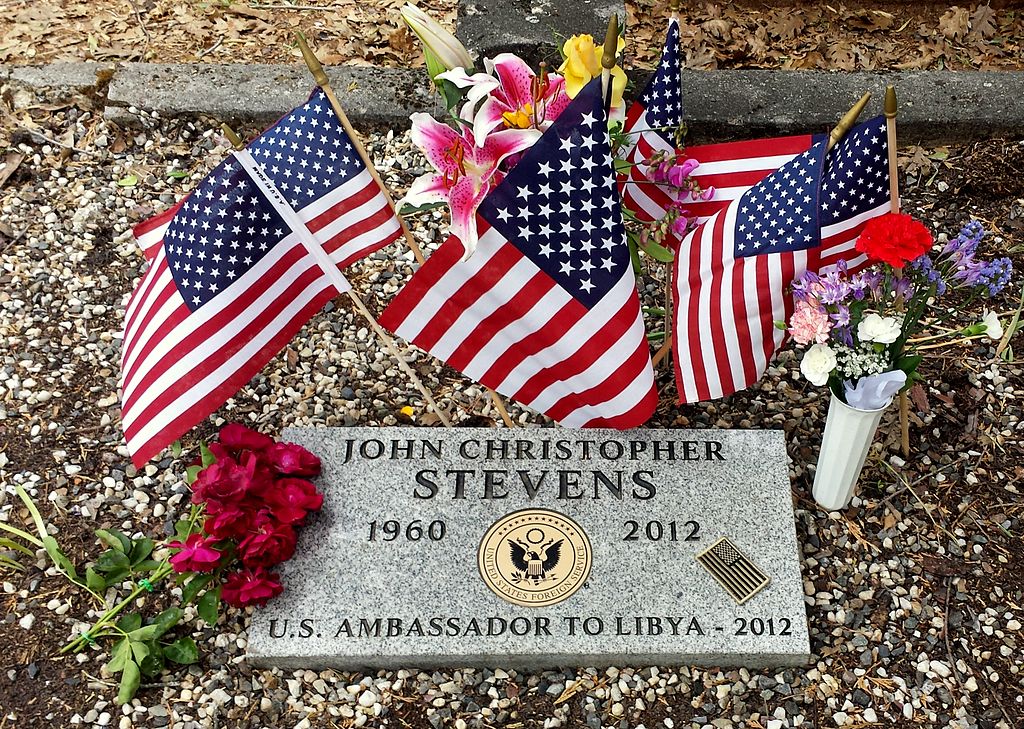 The family of Chris Stevens does not blame Clinton for his death – blasts Republicans for politicizing the Benghazi attack.

Mary Commanday, the mother of the U.S. ambassador killed in the 2012 attack in Benghazi, is asking the Republican Party and Donald Trump to stop the “opportunistic and cynical” use of her son’s death to gain political advantage over Hillary Clinton and the Democrats.

“As Ambassador J. Christopher Stevens’s mother, I am writing to object to any mention of his name and death in Benghazi, Libya, by Donald Trump’s campaign and the Republican Party,” Commanda wrote in a short letter published by The New York Times this weekend.

“I know for certain that Chris would not have wanted his name or memory used in that connection. I hope that there will be an immediate and permanent stop to this opportunistic and cynical use by the campaign,” she continued.

Trump referred to the victims of the Benghazi attack during his speech accepting the Republican nomination last Thursday, claiming they were “”left helpless to die at the hands of savage killers” by Hillary Clinton, who was serving as the Secretary of State at the time of the attack.

Dr. Anne Stevens, the sister of Ambassador Chris Stevens, who has served as a family spokesperson since his death, issued statements last month saying that she did not blame Hillary Clinton for her brother’s death in the wake of the release of the latest Benghazi investigative report – which, once again, cleared Clinton of any wrong-doing.

Asked by The New Yorker “Whom do you fault for the lack of security that resulted in the death of your brother, in Benghazi?” she responded:

It is clear, in hindsight, that the facility was not sufficiently protected by the State Department and the Defense Department. But what was the underlying cause? Perhaps if Congress had provided a budget to increase security for all missions around the world, then some of the requests for more security in Libya would have been granted. Certainly the State Department is underbudgeted.

She went on to explain that she did not blame Clinton for the attack:

I do not blame Hillary Clinton or Leon Panetta. They were balancing security efforts at embassies and missions around the world. And their staffs were doing their best to provide what they could with the resources they had. The Benghazi Mission was understaffed. We know that now. But, again, Chris knew that. It wasn’t a secret to him. He decided to take the risk to go there. It is not something they did to him. It is something he took on himself.

Asked what she thought about Clinton’s conduct regarding Benghazi, she said that she felt the ongoing criticism was unjust – that Clinton had taken “full responsibility,” and “took measures to respond” to recommendations by review boards looking into the attack:

She has taken full responsibility, being head of the State Department, for what occurred. She took measures to respond to the review board’s recommendations. She established programs for a better security system. But it is never going to be perfect. Part of being a diplomat is being out in the community. We all recognize that there’s a risk in serving in a dangerous environment. Chris thought that was very important, and he probably would have done it again. I don’t see any usefulness in continuing to criticize her. It is very unjust.

Anne went on to explain that she felt her brother’s death has been politicized by Washington, telling The New Yorker that: “Yes! It was “Definitely politicized. Every report I read that mentions him specifically has a political bent, an accusatory bent.”

Turning to the election, she went on to say that “With the many issues in the current election, to use that incident—and to use Chris’s death as a political point—is not appropriate.”

Asked what her brother would have thought about the election, she responded that her brother “had a lot of respect for Secretary Clinton. He admired her ability to intensely read the issues and understand the whole picture.”