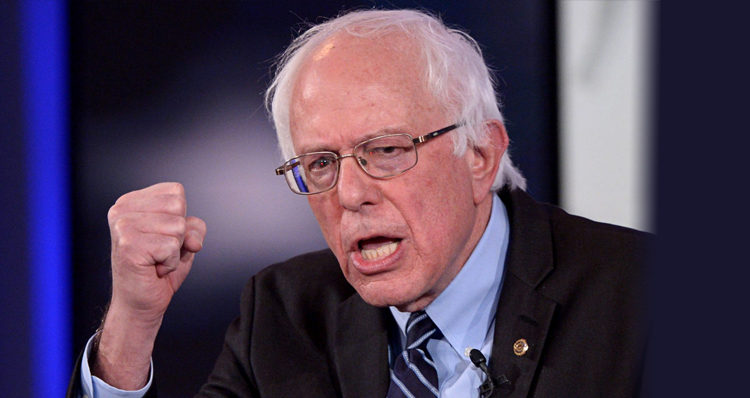 Bernie Sanders was booed by his own delegates after calling on them to defeat Donald Trump and to support Hillary Clinton.

Bernie Sanders received loud boos Monday afternoon while speaking to his 1,900 delegates before they headed to the main session of the Democratic National Convention.

As USA Today reports, “The eruption came during a speech in which the Vermont senator was cheered for nearly every point he made – including his call to defeat GOP nominee Donald Trump.”

“This is the real world that we live in,” he continued. “Trump is a bully and a demagogue. Trump has made bigotry and hatred the cornerstone of his campaign.”

The Observer reports that: “The crowd descended into boos so loud it was hard to hear Sanders continue his sentence to name Clinton’s running mate, Tim Kaine of Virginia. The jeering was long and sustained as Sanders sought to get the crowd back by enumerating not why people should vote for Clinton but why they must stop Trump.”

Sanders tried to regain control of the crowd by explaining why it was so important to stop Trump:

“Trump does not respect the Constitution of the United States or civil liberties. That is not just my opinion, that is what many conservative republicans believe,” he told the loud crowd, adding: that “Trump is a danger for the future of our country and must be defeated. […] I intend to do everything I can to see that he is defeated.”

As the Observer reports that “Amid the angry response, one woman in the crowd shouted, ‘So has she!’ [and]  people began to chant, ‘Take it to the floor!'”

You can watch Sanders’ entire speech before his delegates in the video below. His speech starts with the ticker on the right showing 20 minutes.