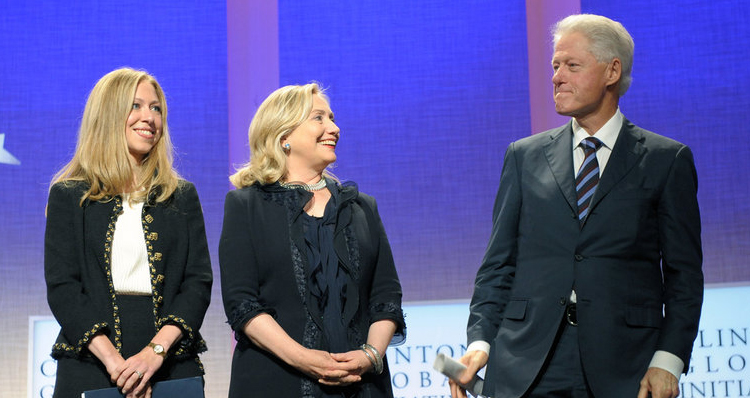 On his HBO show Real Time, Bill Maher asked the question, “Is America ready for a female president?” One of his guests, America Ferraro, a Clinton surrogate, commented that Maher’s question was boring. He insisted his question is a valid one and defended his position by pointing out the uptick in racist rhetoric and behavior that took place after Barack Obama was elected.

I disagree with Ferraro. I don’t think Maher’s question was boring. It was sexist and insulting.

Maher’s reasoning is that Republicans weren’t ready for a black president, so keeping with that logic, they’re not ready for a woman. The suggestion is that her anatomy – and nothing else – could keep her from winning in the general election.

Newsflash: Republicans will never be ready for any Democrat, no matter their gender or color.

Maher made it clear that he believes Clinton is more than capable. Nevertheless, asking that sexist question is not only insulting to women, it’s insulting to the general public. It perpetuates the idea that women are lesser beings who need to evolve before they can do the same work men have been doing for centuries.

America is not only ready for a woman president, America is long overdue. Concerned men need to shut-the-fuck-up about it because asking that question only serves to justify public speculation. It creates an unnecessary and unfair narrative that the “greatest country on earth” can’t handle a woman in charge.

The Boy’s Club, of which Maher is a card carrying member, has been at the helm far too long.

Before I go on, I’m a huge fan of Maher and his show. Our views are closely aligned. He often presents perspectives that haven’t occurred to me, and he pushes me to think harder about the topics discussed on the show. While he’s called out sexism many times over the years and acknowledged misogyny, he’s not one to shy away from a sexist joke. I’m not usually compelled to write about it or to make a big deal, because I do recognize the importance of Maher’s overall message. He’s not the enemy – but he occasionally walks a fine line, and this time I’m weighing in.

For example, after his “Is America ready” question, he presented a spoof of US magazine’s “25 Things You Didn’t Know About Me,” with Hillary as the subject. A number of the jokes aimed at Clinton focused on sexualizing her – something we hardly ever see when poking fun at male politicians. Maher referred to Clinton as a “nutcracker,” and joked that in college she “experimented with heterosexuality.” He teased that Bill Clinton mistook her hot sauce for “lube” and said the nickname for her breasts were “Goldman” and “Sachs.” This is pure and blatant sexism and too many progressives believe it’s okay to sexualize female politicians, almost exclusively. Similar “jokes” have been made about Sarah Palin and Michele Bachmann, and these so-called harmless digs are precisely why Maher believes his question about a woman president is valid.

Republicans will never be ready for Hillary Clinton, although more and more are proclaiming they’ll vote for her over Trump. They spent eight years wasting taxpayer dollars trying to bring down her husband, President Bill Clinton, in the 1990s. And, for the record, the GOP’s angry hard-on for Bill far surpasses their disdain for Barack Obama. If Bernie Sanders were elected, we’d be hearing about communism every second of the day on Fox News until the next president was sworn in, so spare me the argument that they’ll prevail by painting Hillary as the Vagina Devil. They’ve been doing that for years. She laughs at their futile attempts and emerges the victor every single time. She plays their game better than they do and they hate her for it. They’ve cried wolf so many times, it’s lost its meaning; and Clinton is not only still standing, she’s on the cusp of achieving a goal only reached by 44 American men.

Was America ready for a black president? Of course. Were there growing pains because the leader of the free world isn’t a white man? Yes. That’s what happens when we evolve as a culture. There will always be an ignorant, frightened bloc of voters who’ll fight against change. Maher argued Obama’s presidency brought out the racists. Duh. Hillary has been red meat to the sexist pigs for decades; and, as president, the sexism will no doubt escalate. In order to grow beyond the outdated notion that we need to be “ready” for a woman, we need a woman to lead. In time, no one will even think to ask such a silly question. Unless we experience the growing pains, we won’t grow. It’s that simple.

Whether you love Hillary Clinton or you hate her, you cannot deny the fact she has taken more heat than anyone, man or woman, in modern politics. This is not a new game for her. Aside from being the most qualified candidate in the race, there is no other Democratic woman who would better understand how to handle the unprecedented sexism that will be thrown her way in the general election and if she makes it to the White House. Despite being an enthusiastic Sanders supporter in the primaries, I am confident that Hillary Clinton will not only withstand and survive the mountain of bullshit she’ll receive from Republicans, she’ll thrive. More importantly she’ll open the door for every other woman who dreams of holding the highest office in the land. And, if she wins in November, Democrats will be the party to claim that particular victory – not Republicans.

All Republican efforts to destroy Hillary Clinton have failed. The witch hunts, the Benghazi trials, the email scandals, the character assassinations – they’ve all served as political weight training for the former Secretary of State; and now she’s on stage flexing her muscles after a career of endless attacks. No one is more qualified to take on the misogynists than this woman.

Bill Maher needs to recognize that he’s not doing women, Hillary Clinton, the country or progressivism any favors by asking this tired sexist question. Once and for all: YES, Bill Maher, America is more than “ready” for a female president.

The real question is: How much longer will progressive men continue to validate misogyny by asking sexist questions about female leaders?