August 3, 2016 by Kimberley Johnson No Comments 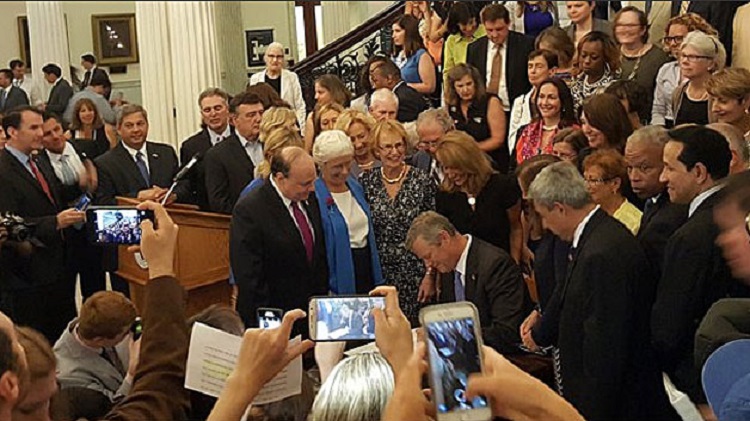 Massachusetts has not only become the first state to ban employers from asking potential employees about their salary histories, the state also bans salary secrecy between employees and mandates that employers pay men and women the same  – not just for doing the same work, but for work that is “comparable.”

No other state in the nation has passed this kind of equal pay legislation. The new law prohibits employers from asking potential new-hires about salary histories until after an offer with compensation has been presented. The salary history question often works against women who have, on average, earned less than their male counterparts. It has been established that women are offered less than men in their first jobs even when education is taken in to consideration. Men also have the advantage over women in salary negotiations. Additionally, a loophole in the Equal Pay Act allows employers a legal right to base an employee’s salary on past earnings – which means if a woman has been paid less than her male coworkers over the course of her career, the discriminatory cycle can legally continue. The Massachusetts law closes the gap.

The new law also mandates that women and men earn the same for “comparable work” – not just for the exact same work. The state defines comparable as being equal in skill, effort, responsibility, and working conditions, and is not based solely on job titles or descriptions. The law does permit differing pay scales based on seniority for female employees as long as it’s not related to family leave, production, merit, geography, education, experience, or training.

This sweeping equal pay law should serve as a template for the rest of the country in the ongoing effort to eliminate the gender wage gap. And, while Massachusetts has taken a giant leap, it is only one state. If we enshrine the Equal Rights Amendment into the Constitution, all states would enjoy these benefits; and, more importantly, an amendment is not easy to overturn or repeal. State laws can be repealed on the whim of legislators. That said, bravo to Massachusetts for passing this legislation.