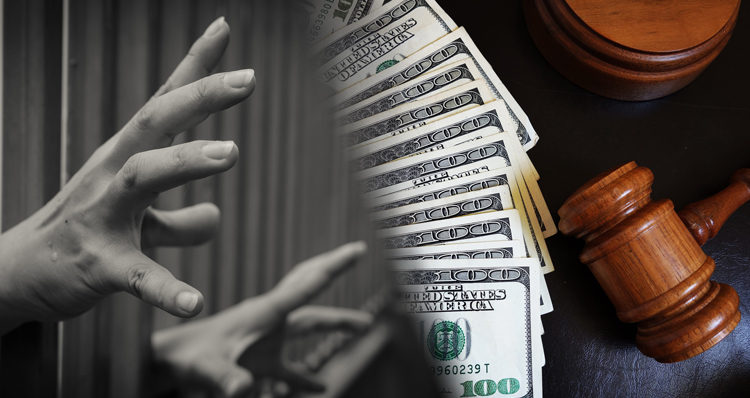 The Justice Department says that holding the poor in jail because they cannot afford bail is unconstitutional.

The U.S. Department of Justice (DOJ) filed a friend-of-the-court brief in the 11th Circuit Court of Appeals last week asserting that holding defendants in jail just because they cannot afford bail is unconstitutional.

“Bail practices that incarcerate indigent individuals before trial solely because of their inability to pay for their release violate the Fourteenth Amendment,” the DOJsaid in an amicus brief, citing the Equal Protection Clause of the Constitution.

NBC News reports that: “The filing came in the case of Maurice Walker of Calhoun, Georgia. He was kept in jail for six nights after police arrested him for the misdemeanor offense of being a pedestrian under the influence. He was told he could not get out of jail unless he paid the fixed bail amount of $160.”

DOJ civil rights lawyers stated in their brief that courts must consider a defendant’s  indigence and consider other ways of insuring appearance in court than jail.

“Fixed bail schedules that allow for the pretrial release of only those who can play, without accounting for the ability to pay unlawfully discriminate based on indigence,” the DOJ said.

According to The Christian Science Monitor,

“The friend-of-the-court brief marks the first time the Justice Department has submitted a legal opinion in a federal court on bail systems in state and local courts. It also is the most direct action by the Obama administration to push states to reform court practices it has said discriminates against poorer defendants. Those defendants tend to be black, Latino, or high school dropouts, as well as those with mental illness or substance abuse problems.”

The Christian Science Monitor goes on to report that: