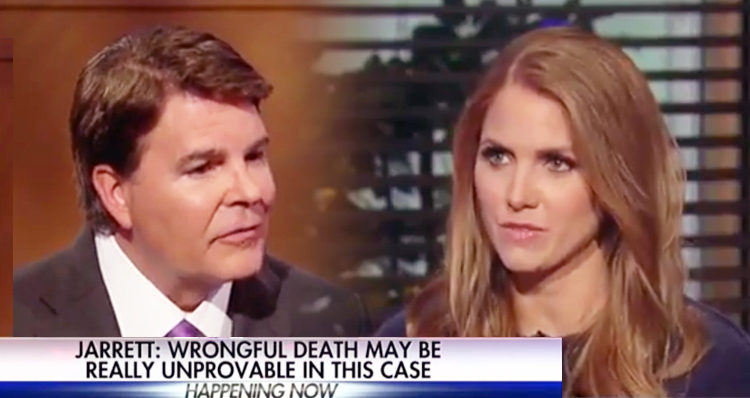 You know something is up when Fox News is defending Hillary Clinton.

The parents of two Americans who were killed in the 2012 terrorist attacks in Benghazi, Libya filed a wrongful death and defamation lawsuit against Hillary Clinton on Monday.

As NBC News reports, “Patricia Smith and Charles Woods, the parents of Sean Smith and Tyrone Woods, claim that Clinton’s use of a private e-mail server contributed to the attacks. They also accuse her of defaming them in public statements.”

“The Benghazi attack was directly and proximately caused, at a minimum by defendant Clinton’s ‘extreme carelessness’ in handling confidential and classified information,” such as the location of State Department employees in Libya, the lawsuit said. […] Such information, the lawsuit claimed, “easily found its way to foreign powers” and was then obtained by Islamic terrorists.

The two parents also claim that Clinton defamed them – essentially calling them liars – by telling them that an anti-Muslim YouTube video was to blame for the attack on the diplomatic facilities in Benghazi and later denying she made such a statement.

However, Fox News correspondent and law school graduate Gregg Jarrett defended Clinton on Tuesday writing that “the wrongful death cause of action is legally fallacious. Pure fiction.” He went on to write that the “defamation cause of action is really quite delusional,” and warned that the parents could “get hit with sanctions for bringing a frivolous lawsuit.”

Writing that “the plaintiffs in this civil lawsuit cannot possibly prove that Clinton’s emails were the proximate cause of the Benghazi attack.” Jarrett provides a three part analysis:

Calling the defamation claim “thin, razor thin,” Jarret explains why this “cause of action is “delusional” and “will never survive the most basic courtroom challenge.”

Whatever federal judge is assigned this case will not be oblivious to who filed it. Larry Klayman is the plaintiffs’ lawyer. A political conservative and known Clinton nemesis, he filed more than a dozen cases against the administration of President Bill Clinton and is the definition of “litigious.” His Wikipedia page makes for interesting reading. Check it out. Two federal judges have banned him from their courtrooms for life. He even sued his own mother.

“Expect the defense to file a motion to dismiss. Expect it to be granted. If the plaintiffs are lucky, they’ll simply walk away with nothing,” he concludes, adding “If they are unlucky, they’ll get hit with sanctions for bringing a frivolous lawsuit.”