Chelsea Handler To Men: Who The F*** Are You To Tell Someone to Smile? – Video

September 21, 2016 by Kimberley Johnson No Comments 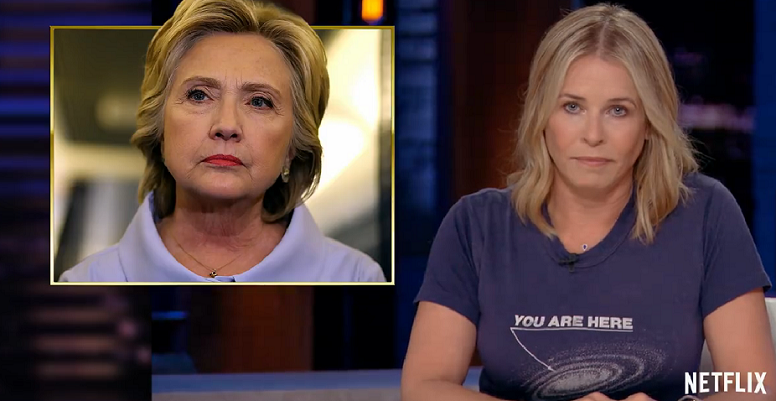 Chelsea Handler has a message for men who tell women to smile.

Handler isn’t afraid to call it like she sees it, and her rant about men telling women to smile is a must-see. It’s not only entertaining and funny; she nails it.

After citing a tweet by RNC Chair Reince Priebus criticizing Hillary Clinton for not smiling enough during the September 7th Commander-in-Chief forum, she asked, “Who the f*** are you to tell someone to smile?”

Handler’s question was not only aimed at Priebus, it was aimed at men who think telling women what to do is a great idea. She said, “This is just another example of how men feel like they can belittle every woman in the world and order up a smile.”

Handler noted that it isn’t just Hillary Clinton, it happens to actresses, female athletes, and she pointed out that it happens to women on a daily basis.

If you’re a man who’s ever told a woman – especially a woman you don’t know – to smile, keep one thing in mind; it’s not your job or your place. It’s not cute or sweet or funny. It’s annoying and it’s an attempt to control. Yes, it really is. If you feel compelled to tell another human being to smile, go stand outside a CVS and give men that same command. See how that works out.

In the meantime, watch the clip from Handler’s Netflix show. She’s hilarious and she’s 100 percent correct.