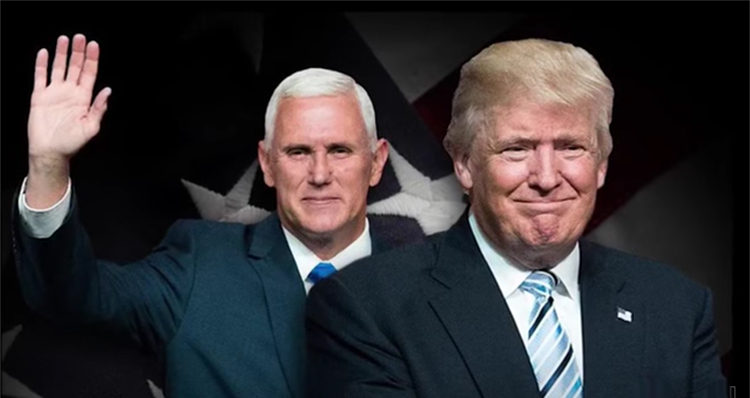 A motley crew of embarrassing conservative figures is featured in the latest Trump campaign ad.

In the starring role is none other than gun-toting, pant-shitting, draft-dodging, washed out rocker and NRA board member Ted Nugent.

Nugent makes his grand appearance at about the 3-minute mark.

“The Constitution, the Bill of Rights, the Declaration of Independence, the Ten Commandments, the golden rule. We the people, choosing our own pursuit of happiness: It doesn’t happen anywhere else in the world,” the guy who crapped and peed in his pants to avoid serving in Vietnam continued.

“Hunting, fishing, trapping: We the people own these precious renewable natural resources. It’s a way of life, which is why conservation is the greatest success story in the world here in America,” the misogynistic, serial-pedophile kind of Trump supporter continued.

“Hillary Clinton is against all these things. She will destroy the freedom that is uniquely American. Donald Trump will safeguard the things that make America the greatest place in the world,” the Grand Wizard of the National Rifle Association concluded.

And don’t forget, this is the guy who threatened the life of the President of the United States and once referred to Hillary Clinton as a “toxic c-nt.”

And then there’s the supporting cast….

All of you probably know more than you want to about Hannity and the anti-Hillary propaganda campaign known in conservative circles as Benghazigate. As to Sheriff Clarke, The Guardian reports that “After one of his deputies broke a woman’s neck by crashing his vehicle into her car, Clarke was alleged to have overseen an attempted cover-up that involved framing the woman for drunk driving.” AND, he has also been accused of violations from his own staff such as the time “deputy Richard Graber, a senior official in the Milwaukee deputies’ union, alleged that Clarke aggressively confronted him, called him a ‘sick fuck’ and threatened to ‘come after him’ for questioning an order.”

We will leave you with a 2015 rant about Nugent –  courtesy of long-time Liberals Unite contributor Ann Werner, with a few tweaks to comport with this latest round of rubbish.

This campaign ad, starring “a brain-dead ingrate who spits in the face of the country that has given him everything just goes to show how incredibly stupid, puerile and completely [clueless] Mr. Gun Toting, Wannabe Insurrectionist, Brutal Killer Of A Chicken On His Reality Show Just To Freak Out His Guests is.”

“So Ted, I know you aren’t interested in facts. None of your kind are. They are SO inconvenient! But here are a few anyway. The only things out of control in the United States government are the Tea Party idiots your concert fans put into office” and that orange-faced son of an orangutan you all [made] the Republican nominee.”

“Do you even care? I don’t think so.” Why would you care about the “potential hardship that is being caused by the irresponsible behavior of a [neo-fascist] who [has] invaded [this year’s presidential campaign.] No, of course you don’t care. Hell, you’re [his] cheerleader!