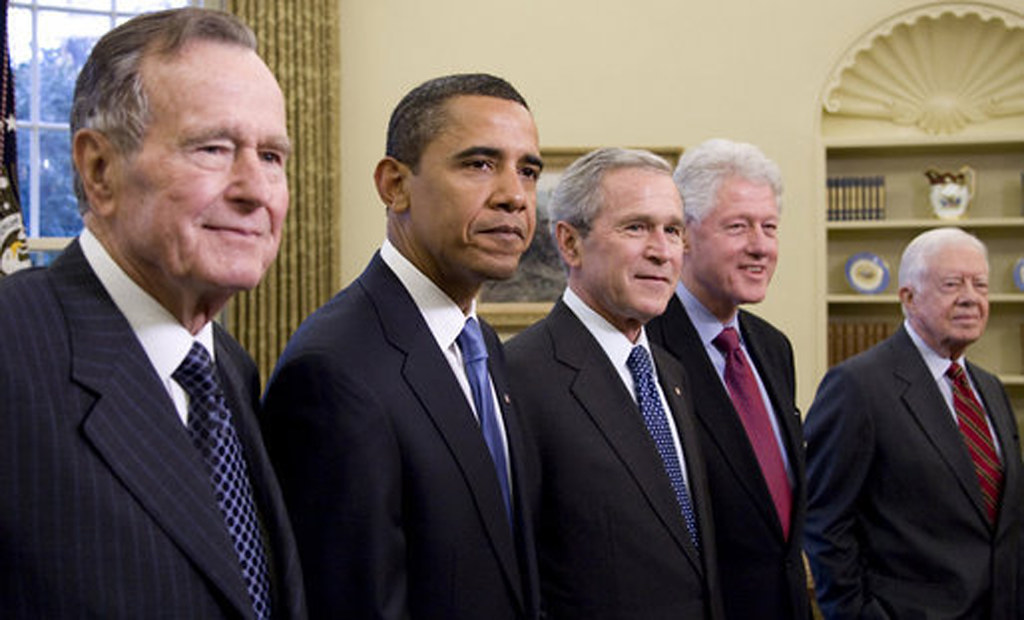 Kathleen Hartington Kennedy Townsend, the daughter of Robert F. Kennedy, claimed on Monday that former president George H.W. Bush will be voting for Hillary Clinton for president, according to a report by Politico.

Townsend, the former Maryland lieutenant governor and daughter of the late Attorney General and brother to Pres. John F. Kennedy, posted a photograph of herself shaking hands with Bush, aged 92, along with the following caption:

“The President told me he’s voting for Hillary!!”

Townsend told Politico in a telephone interview that Bush made his preference known during a meeting earlier on Monday in Maine.

“That’s what he said,” she told Politico.

CNN reports that Bush spokesman Jim McGrath would neither deny nor confirm the claim.

“The vote President Bush will cast as a private citizen in some 50 days will be just that: a private vote cast in some 50 days,” McGrath told CNN, adding “He is not commenting on the presidential race in the interim.”

The Independent reports that “The Bush family have avoided commenting on the 2016 election since Jeb Bush dropped out of the Republican primaries. “

Although Jeb Bush ruled out support for Ms Clinton in an article for the Washington Post in July, he wrote: “I haven’t decided how I’ll vote in November — whether I’ll support the Libertarian ticket or write in a candidate.”