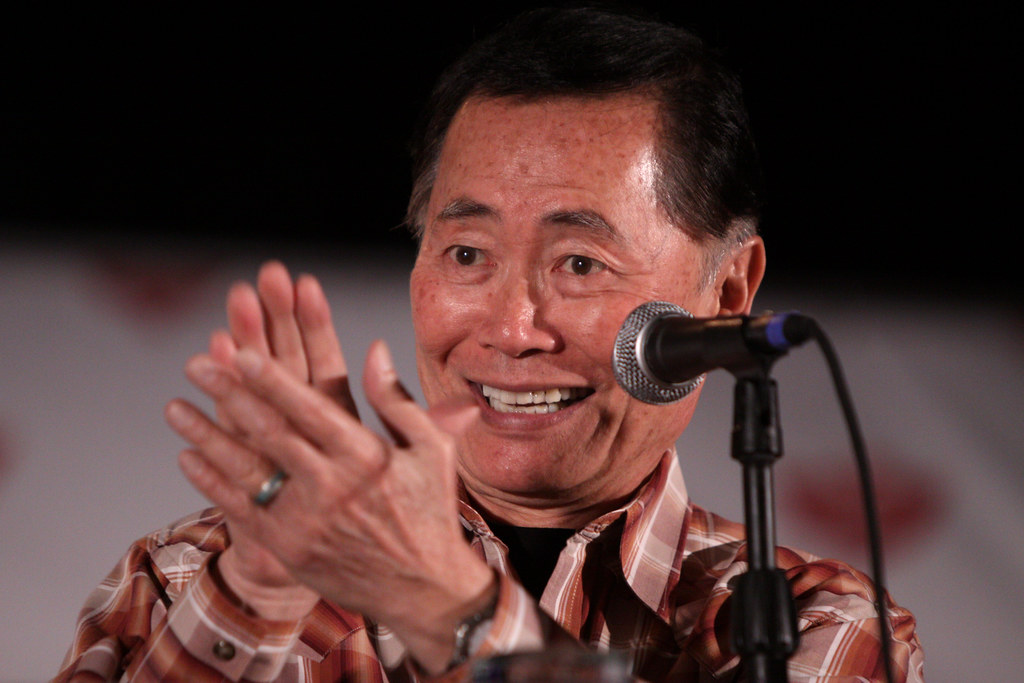 The Twitter-fest was kicked off on Friday when Takei responded to an earlier tweet by Trump questioning Obama for spending time campaigning for Hillary Clinton instead of running the country, although the same could be said for his running mate Mike Pence who is out on the campaign trail instead of performing his duties as the Governor of Indiana.

Why isn't President Obama working instead of campaigning for Hillary Clinton?

Takei aptly responded because as Commander-in-Chief Obama has a sworn duty to protect us from domestic threats.

As Commander-in-Chief, he is sworn to protect us from threats both foreign and domestic. You, sir, are the latter. https://t.co/8lJAF6CZa4

Next, he briefly touched on Trump backing down from his birther claims and addressed Trump once more alluding to violence against Hillary, suggesting that her security detail disarm and “see what happens to her. Take their guns away, okay? It’ll be very dangerous.”

Trump once more dog whistles violence, saying about Clinton's guards today, "Take their guns away, let's see what happens to her." #Shame

Returning to Trump admitting Obama was born in the United States, Takei posted a couple of tweets:

Trump finally has withdrawn his birther claims about Obama, while he himself has been unable to prove he wasn't born a complete douchebag.

Trump spent years on a birther witch hunt, but then didn't even apologize to POTUS. You can judge a man best by how he handles his mistakes.

He went on to connect the birther controversy to Trump’s belligerent withholding of his tax returns:

Trump once told me over lunch that he believes in "traditional marriage." He was already on his third one. I managed to hold down my lunch.

Takei also posted some tweets about Trump’s temperament- or lack thereof – and regarding the importance of voting:

We've elected presidents many voters mistrusted–Nixon, Reagan, Clinton, Obama. But they've all had the temperament for it. Not so Trump.

All it takes for evil to triumph is for good people to stand silent and do nothing. So make your vote count. We have the power to #StopTrump