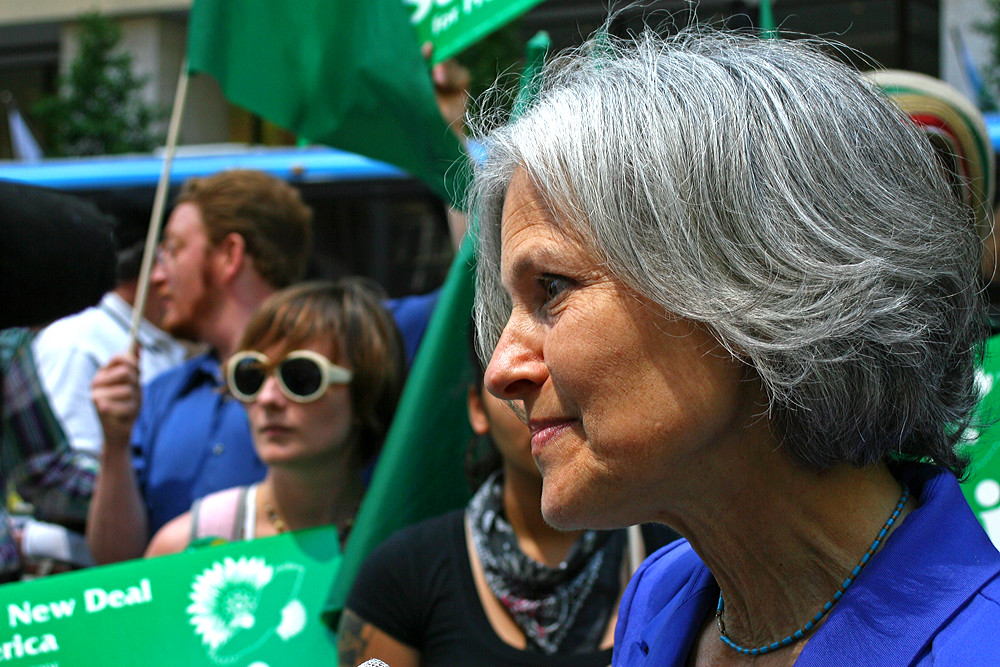 Green Party candidate Jill Stein tried to cash in on Libertarian candidate Gary Johnson’s latest gaffe only to end up looking three times as bad as he did in the end.

Johnson had another “Aleppo Moment” during a live episode of MSNBC’s “Hardball,” filmed on Wednesday at a town hall in the University of New Hampshire when he was unable to name a foreign leader.

Admitting that “I guess I’m having an Aleppo moment,” Johnson was finally able to announce that it was a former president of Mexico – at which point Bill Weld, his running mate, eventually bailed him out by running through a list of names of former presidents.

As Politico reports, Stein “tried to capitalize” on Johnson’s blunder by tweeting a list of three of her favorites.

However, as Politico notes, “May, Stédile, and Corbyn… aren’t technically world leaders, as none holds a top position in their country’s government. May is a member of the Canadian House of Commons. Stédile is an economist and member of Brazil’s Landless Rural Workers Movement, which he helped found. Corbyn is the leader of the Labour Party in Britain.”

Here are a few of my favorite leaders: @ElizabethMay, João Stédile of @MST_Oficial and @jeremycorbyn. #AleppoMoment