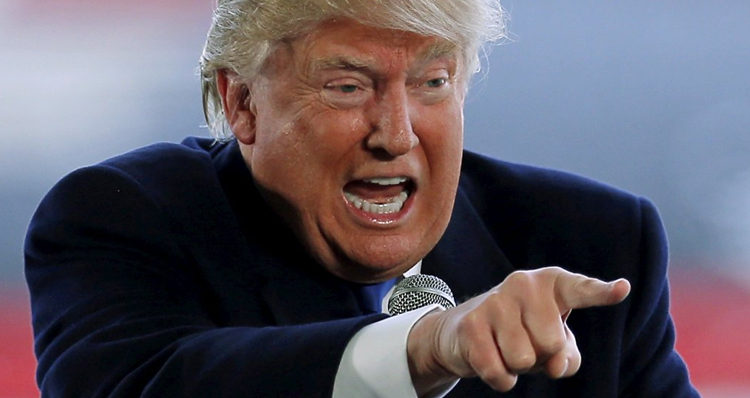 Donald Trump once again alluded to violence against Hillary Clinton.

Republican nominee Donald Trump once again hinted at violence against Hillary Clinton, suggesting that her security detail disarm because of her position on firearms.

Trump made the remarks in Miami on Friday. NBC News reports that: “Trump represented Clinton’s position on gun rights as wanting to ‘destroy your Second Amendment’ and said that her bodyguards should no longer carry firearms in light of her policy stance, which includes expanded background checks for gun sales.”

“She doesn’t want guns, take their — let’s see what happens to her,” Trump told the crowd, adding: “Take their guns away, okay? It’ll be very dangerous.”

The Clinton campaign hit back hard Friday night. Clinton’s campaign manager, Robby Mook, wrote in a release that “Donald Trump, the Republican nominee for President, has a pattern of inciting people to violence. Whether this is done to provoke protesters at a rally or casually or even as a joke, it is an unacceptable quality in anyone seeking the job of Commander in Chief.”

“But we’ve seen again and again that no amount of failed resets can change who Donald Trump is. He is unfit to be President and it is time Republican leaders stand up to denounce this disturbing behavior in their nominee.”

“We call on him to renounce these comments, apologize to Hillary Clinton, and acknowledge that once again he has gone dangerously too far,” Giffords and her husband, Mark Kelly, said in a statement.