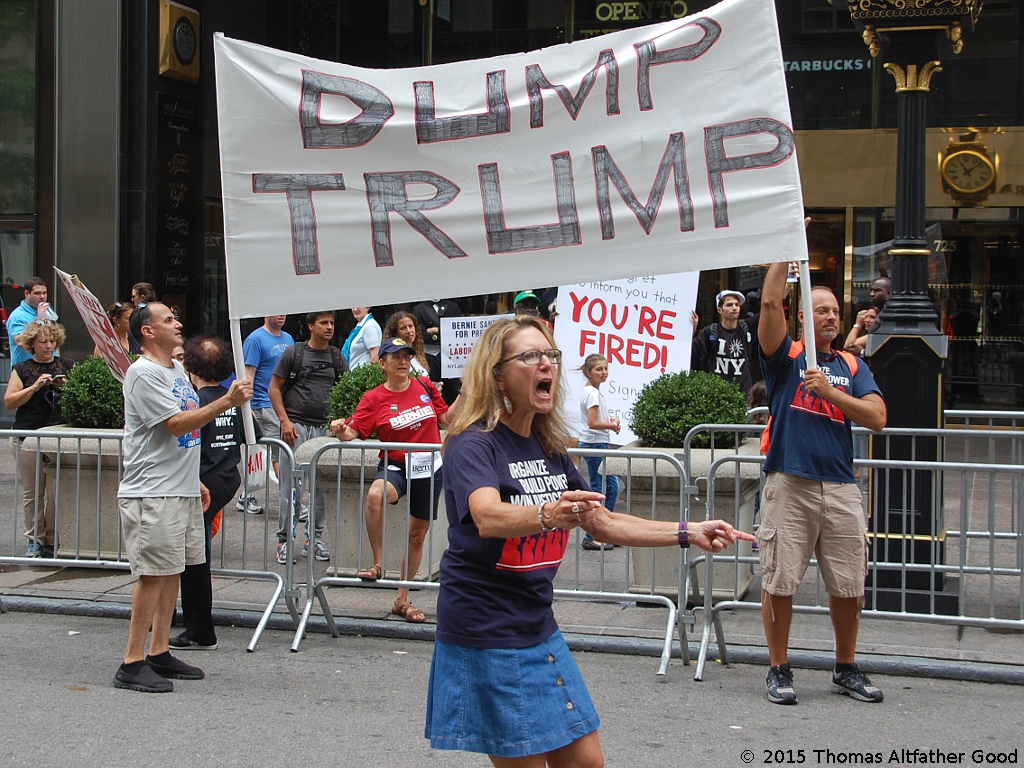 Undecided voters and Trump supporters are expressing concerns in the wake of his post-debate bravado.

Donald Trump attempted to re-frame his poor debate performance at a Tuesday night campaign rally in Melbourne, Florida, telling the crowd that “almost every single poll had us winning the debate against ‘Crooked Hillary Clinton’ big league. Big league. She is as crooked as they come.”

Although “a number of online polls showed Trump winning the debate, NBC News reports that “there’s some question over how accurate they were and whether they may have been manipulated by Trump supporters. For all his public bluster, Trump seemed aware of this fact, spending nearly the entire rally re-litigating the debate, this time with the help of a teleprompter.”

Both CNN and The Washington Post echoed this analysis, with CNN reporting that Trump “ticked down a list of issues he failed to sufficiently hammer Clinton on during their 90-minute bout,” and he “also insisted on defending two factually incorrect statements he made the previous night.”

The Washington Post elaborated on the outcome of the debate, offering the following analysis:

Trump claimed throughout the day Tuesday that several “polls” showed that voters believed he had won the debate. He and his aides pointed to unscientific online surveys on news websites that are not considered valid measures of public opinion. Meanwhile, a few scientific surveys found that viewers thought Trump lost the debate to Clinton. Of those surveyed by Public Policy Polling after the debate, 51 percent declared Clinton the winner, compared to 40 percent for Trump. In a YouGov survey, 57 percent said Clinton won, compared to 30 percent for Trump and 13 percent who were unsure.

Despite all this, Trump maintained throughout the Florida rally that he won the debate, reminding the crowd midway through his speech that “We won nearly every single poll. It was a great honor.”

Yet, as NBC News reports, “Trump supporters saw flaws… with most acknowledging it wasn’t his best” performance, that “At the very least, the nominee could’ve been more prepared — at worst, he needlessly lost his cool and failed to hit Clinton hard enough to make a dent.”

NBC News went on to report on some of the crowd’s reactions to Trump’s debate performance:

The New York Times reinforced concerns about undecided voters in an article detailing the response of suburban women to Monday’s debate.

Nancy Groux, an undecided Republican, told The New York Times “I truly want to like him. I keep looking for something in him. But I can’t have my children grow up and look at him as someone to respect.”

Janet Melton, a registered Republican, told The New York Times that she would vote for Clinton were the election to be held today, saying that Clinton was “so much more presidential” than Trump, adding that “I come from a long line of Republican family members who will turn over in their graves.”

Other undecided Republicans are considering a different approach such as Debbie Windle who said she was considering not voting. Diana Martens said she might write in a candidate.