Dear Susan Sarandon: I Voted For Hillary And I Didn’t Vote With My Vagina

November 4, 2016 by Kimberley Johnson No Comments 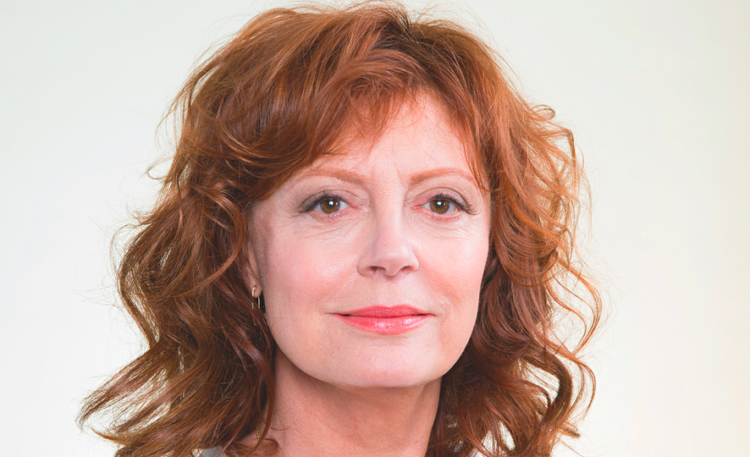 I was a child of the ’70s. I watched strong women — like you — change the world for the better.

What an utter disappointment you’ve turned out to be.

When you said you believe in equality of the sexes but refused to identify as a feminist, I was confused. Clearly you’re not a stupid person. Your age informs me that you were a young woman when the second wave of American feminists fought against the sexist norms and changed the landscape of the country in bold, progressive ways.

Sadly, you’re not the only woman to make this ridiculous claim. I say “ridiculous” because the definition of feminism literally means equality of the sexes. Believing that men and women should have the same rights but not identifying as a feminist is like saying you like to breath but you don’t believe in air. It literally makes NO sense.

But WHATEVER. I got over it.

In a recent interview with The Telegraph, you said you’re not voting for Hillary Clinton because you don’t vote with your vagina.

What the actual fuck?

I was a Bernie supporter. I am still a Bernie supporter, but I voted for Hillary Clinton because I realize that Bernie Sanders’ vision has a greater chance of succeeding under a Clinton administration than a Trump administration. I have also come to realize that, while she’s not perfect, Clinton is a hard-working policy wonk who has done a lot of good over the course of her lifetime. She’s dedicated her life to public service, and because of our sexist political culture, she’s had to play by the rules that have been set up by men. I’m sure that as an actress in Hollywood, you can relate. Unlike you, most Americans are not rolling in cash, and we need and depend on Obamacare – the Affordable Care Act – so that we can afford decent insurance. Prior to the ACA, I was either uninsured because I couldn’t afford the high premiums, or the costly insurance I had only covered catastrophes. In case you haven’t been paying attention, Trump said he wants to repeal Obamacare and replace it with “something terrific.”

While I don’t agree with your political ideology and would never vote for Jill Stein, I can respect that we see things differently. What I can’t respect is your flippant, unreasonable comment that you don’t vote with your vagina.

NEWSFLASH – neither do I. What about all the men who are voting for Hillary Clinton? Are they voting with their vaginas? Jesus Christ, woman, you’re so blinded by your own self-righteous privilege that you’ve insulted millions of American voters while you sit on your high horse basically telling us that we can eat cake.

You are free to dislike Clinton, but part of your criticism of her is based on her so-called detachment from the people. Take a look in the mirror, Susan. It appears you’re the one who’s detached from what it’s like to be an average American while you sit in your golden castle spouting sexist ignorance. You can afford to leave the country if Trump wins. You can afford health insurance if Trump wins. You have the luxury of millions of dollars in your bank account. Most Americans do not — and for you to say that you’re not voting with your vagina shows me that, aside from being completely out of touch with reality, you don’t believe in true equality for anyone.

Please do not confuse my meaning – vote for whomever you wish. But DO NOT assume that millions of voters (women and men) are voting with our vaginas. That’s not only obviously inaccurate, it’s condescending, selfish and arrogant.

I’m embarrassed for you. And frankly Susan, as an American and as a woman, you sicken me.