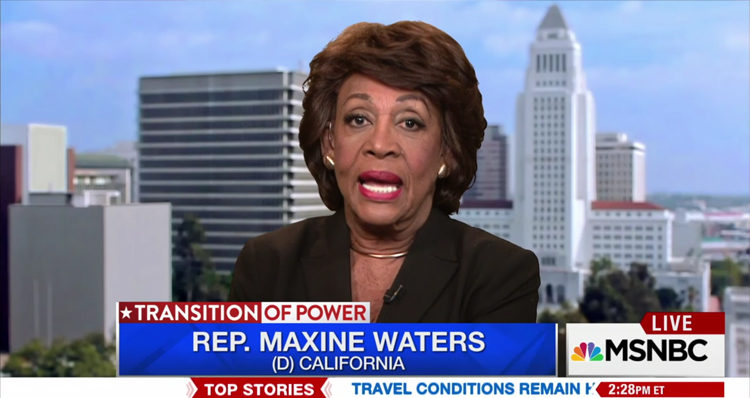 California Congresswoman says she won’t even bother sitting down with Donald Trump because she doesn’t trust him.

California has been preparing for political war with Donald Trump since the election.

California Senate President pro Tempore Kevin de León (D-Los Angeles) and California Assembly Speaker Anthony Rendon (D-Paramount) released a “Joint Statement from California Legislative Leaders on Result of Presidential Election,” immediately following the election that detailed their plan to “lead the resistance” against President-elect Trump, vowing “We are not going to allow one election to reverse generations of progress…. While Donald Trump may have won the presidency, he hasn’t changed our values.”

The San Francisco Board of Supervisors followed up the week before Thanksgiving with an 11-point resolution warning reaffirming the city’s commitment to protecting healthcare, women’s rights, the environment, members of the LGBT community, the environment and more.

Then, the first week of December, Gov. Jerry Brown took an affirmative move toward setting that agenda of resistance in place by nominating California Democratic Congressman Xavier Becerra to serve as California’s next attorney general.

NBC News reported at the time that “As attorney general of the nation’s most populous state, Becerra will be in a key position to challenge President-elect Donald Trump’s policies and mandates that seek to undo those of California and other states on everything from energy and the environment to immigration, marriage equality and health care.”

Most recently, this Tuesday, Congresswoman Maxine Waters (D-Los Angeles) told MSNBC’s Jacob Soboroff that she would refuse to meet with Trump at the White House and vowed to “fight him every inch of the way.”

Soboroff began the interview asking if Rep. Waters agreed with Senate Minority Leader Chuck Schumer’s strategy to work with Trump whenever possible or if she thought that “Democrats are being too nice” to the president-elect.

Waters blasted Trump in response, telling Soboroff: “I tell you, that has been a problem in my party. That when we are in power, we’re nice. We bend over backwards to work with people.”

Trump has stepped over everybody. He has no respect for his own colleagues, let alone those on the opposite side of the aisle. He’s called names, he’s lied. Everything to show that he doesn’t have good values and he can’t be trusted. Why should we work with someone that we can’t trust? He’ll tell you one thing today and another tomorrow.

As a matter of fact, those people who voted for him ought to be really concerned about the fact that he has already backpedaled on so many of the promises he made. And so, I have no intention of pretending everything is alright, that we’re going to work together.

For me, as a ranking member of the Financial Services Committee, where he said he’s going to bring down Dodd-Frank and he’s going to get rid of the Consumer Financial Protection Bureau, I’m going to fight him every inch of the way.

Soboroff interrupted at that point wanting to clarify her position. “Are you saying then that you would not sit down with President-elect Trump if he invited you to the White House to meet on common ground?”  he asked.

I’m the ranking member on the Financial Services Committee. I’ve been working hard to try and implement Dodd-Frank reforms. We went through a terrible crisis in 2008. Many people lost their homes. The banks got away with murder.

No, I don’t trust him. I don’t believe him. I have no intentions of sitting down with him. I’m going to fight him every inch of the way.

You can watch the interview, below: