December 5, 2016 by Kimberley Johnson No Comments 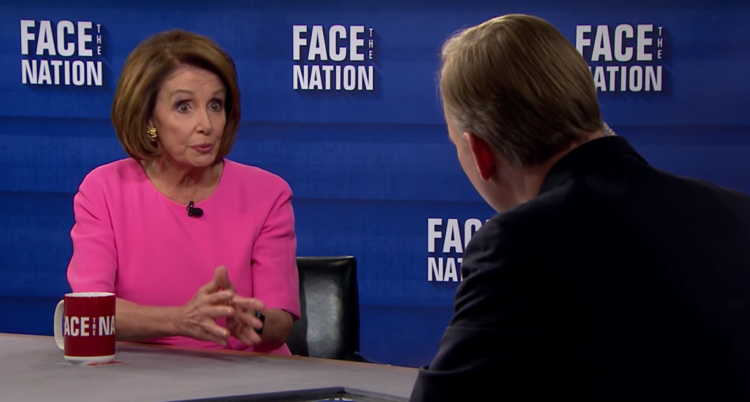 Democrats must embrace new voices and new ideas if they want to win future elections.

House minority leader Nancy Pelosi appeared on CBS’s Face The Nation; and when confronted with the idea that Democrat voters want a new direction, she said:

“I don’t think people want a new direction. Our values unify us and our values are about supporting America’s working families.”

Pelosi was re-elected last week with two thirds of the vote going to her, 134 to 63. Her challenger, Tim Ryan, ran on the message that Democrats must speak to working-class voters living in rural areas and not only focus on coastal elites. Pelosi insisted the message of the Democratic Party unifies us, and when host John Dickerson accurately pointed out Democrats have been “clobbered at every level over multiple elections,” Pelosi held on to an old and outdated argument, saying:

Pelosi argued there’s a silver lining in losing the White House and control of Congress, saying that jobless DC Dems will go back to their home states to run for governor and state seats.

There is some truth to what she says, but we’ve entered a new era in politics. Her insistence that it will all work out in the end proves she isn’t listening to the base, and her message is out of touch with the concerns of progressive voters.

The base does want the values of the party to basically remain the same — gender and racial equality, affordable healthcare, improving climate conditions, new and improved infrastructure, education funding and working toward a strong middle class which will create a robust economy. However, what Pelosi fails to recognize is that progressives also want to expand Democratic values to include fighting harder against Republican corruption and obstruction. They want to see Democratic leaders working harder for the people — a lot harder. They want a higher national minimum wage; they want to see leaders of the party fighting harder for clean air and water, the rights of black lives and the lives of Native Americans. They want Democratic leaders to lead the charge against big oil and fracking. Progressives want more leaders like Elizabeth Warren who will stand up against Wall Street and big banks, and leaders like Bernie Sanders who will focus on fighting income inequality and the oligarchy. Senators Al Franken, Chris Van Hollen and Kristen Gillibrand are examples of experienced Democrats who aren’t afraid to stand strong against Republican obstruction, and their voices are of great value.

Pelosi is correct that the political pendulum swings against the party that has held control for one or two terms, but where she gets it wrong is when she pushes the idea that progressives should see a Trump administration and a Republican majority in the House and Senate as our best hope for Democrats taking back control in 2018 and 2020. Frankly, it’s a lazy, narrow approach. The Democratic vision needs to be broader and must also focus on how to keep legislative and executive control by addressing and solving the real problems of Main Street voters as well maintaining and improving on the party’s core values.

Her message is potentially dangerous, because it discounts what many American voters said they wanted in 2016, and it comes off as a dismissive pat on the head. Pelosi’s assertion that Democrats should be comforted by the fact that Republicans will do so much damage by the time 2020 rolls around is based on the premise that voters will take whatever the Democratic elites throw their way. It is a sure-fire way to see a repeat of 2010, 2014 and Election Day 2016. Maybe that’s not how she meant it, but that IS how it will be perceived — particularly by progressives who supported Bernie Sanders in the primary and Jill Stein in the general — a bloc that Democrats need in order to win future elections.

The 2016 primaries and the general election made it quite clear there’s been a shift in what progressive voters want from Democrats. If Pelosi and those Democratic leaders like her take a tone-deaf approach and continue to hold on to old, outdated strategies, it will cost the Party again in 2018 and 2020. The loss will be so devastating, they may never recover.

Democrats are at a vital turning point. Unless there’s a meet-in-the-middle effort by the ranking members of the Party to include the progressive swath of voters, Dems will continue to lose elections.