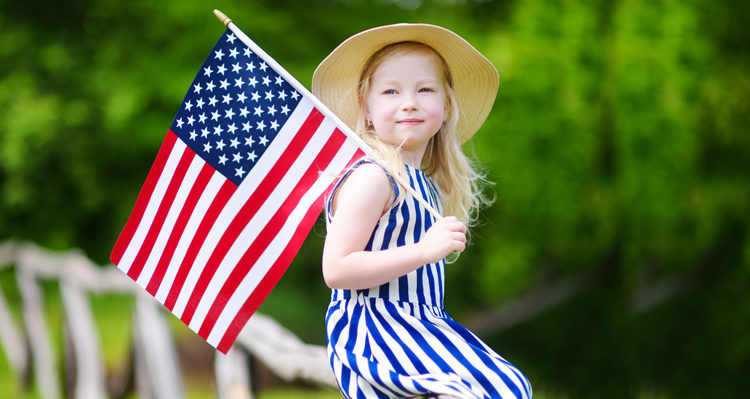 Shaming Trump supporters is not only okay – it is encouraged. Here’s why.

Noted British newspaper The Guardian posted an enlightening postmortem on the 2016 presidential election, titled: “‘Vote shaming’ Trump supporters is fair. What they have done is shameful.”

“The same people who railed against ‘political correctness’ now seem to believe there should be no criticism of their choice. You can’t have it both ways,” Jessica Valenti writes in the opening to her article.

“I keep hearing calls for empathy and healing, civility and polite discourse. As if supporting a man who would fill his administration with white nationalists and misogynists is something to simply agree to disagree on,” she continues.

Absolutely not. You don’t get to vote for a person who brags about sexual assault and expect that the women in your life will just shrug their shoulders. You don’t get to play the victim when people unfriend you on Facebook, as if being disliked for supporting a bigot is somehow worse than the suffering that marginalized people will endure under Trump.

Being socially ostracized for supporting Trump is not an infringement of your rights, it’s a reasonable response by those of us who are disgusted, anxious, and afraid. I was recently accused by a writer of “vote shaming” – but there’s nothing wrong with being made to feel ashamed for doing something shameful.

Turning to my own Facebook news feed, I noted an exchange worth sharing. A friend – we will call her Diane for the purposes of this article – published the following observation regarding Trump’s cabinet appointees:

Drain the swamp…  Are the people that voted for him paying attention to his picks? Fossil fuel industry ally to head the EPA?! Drain the swamp… It’s like hiring a pedophile to babysit your kids.

Not an unfair assessment of Trump’s nominees – particularly given his promises to “drain the swamp” and hire “the best people.”

As Fusion reported a couple of weeks ago:

At virtually every campaign rally he held in October and November, the words “drain the swamp” came out of Donald Trump’s mouth, referring to the insider culture in Washington, D.C. as well as the prevalent myth that the city was built atop a swamp.

“Decades of failure in Washington, and decades of special interest dealing, must come to an end,” a Trump press release from Oct. 18 states. “We have to break the cycle of corruption, and we have to give new voices a chance to go into government service.”

As to the nominees themselves, as Good reported this Tuesday, nominations include:

Fusion fills in some of the gaps, listing:

And who can forget Ben Carson, Trump’s appointee for Housing Secretary, who PBS Newshour describes as “a retired neurosurgeon and author with no professional housing policy experience” who “criticized a new Obama administration fair housing law, calling it a ‘government-engineered’ takeover last year.”

“These attempts to legislate racial equality create consequences that often make matters worse. There are reasonable ways to use housing policy to enhance the opportunities available to lower-income citizens, but based on the history of failed socialist experiments in this country, entrusting the government to get it right can prove downright dangerous.” — Op-ed in The Washington Times, July 23, 2015.

Returning to Diane’s post, the following exchange occurred between Diane, a Trump supporter/defender we will call “Name Changed to Protect the Guilty,” and Diane’s husband – “Mark” for our article. [Slight edits were employed to assist with the flow and continuity of the exchange.]

Name Changed to Protect the Guilty: Pendulums swing equally to opposite sides. Obama did the same thing for eight years with most if not all of his appointments. Get used to it.

Diane: So you’re ok with his picks? And with how vocal you have been about Obama, have I ever told you to “get used to it”? Come on, Name Changed to Protect the Guilty. If you believe something is wrong, you of all people know you don’t just get used to it. You don’t just shut up and let it happen. You use your voice. […]

Name Changed to Protect the Guilty: I got used to it despite my vocalizing displeasure.

Mark: Got used to what? Lower unemployment, a growing economy, fair protections for consumers and the environment? Or is it the requirement that everyone purchase health insurance so the rest of us don’t have to pick up the tab for their unpaid emergency room visits? I truly don’t understand what President Obama did that was so horrible to people that he can be compared with the destruction of American values and respect in the world that we are beginning to witness with Trump. We have small children and I am embarrassed that this is the “Leader” that has been chosen to represent us. So far, I don’t see that he cares about anything but himself and money. Please enlighten me.

Where will the next war be that will cost us trillions more in debt and drag us back into recession? A trade war with China will result in American companies going out of business and an increase in prices, not to mention finally completing the destruction of our education system initiated by Bush with his voucher system and “No child left behind.” That ought to guarantee a downward trend of innovation in the U.S. ensuring that tech, math and science jobs go to Asia.

Let’s be honest, this is not an equal swing of the pendulum. Jeb Bush, Mitt Romney, John Kasich, John McCain – these would have been an equal swing. What we have is a reversion to failed policies spanning from the 1960s through the 1980,  but this time administered by a man who has no respect for the rule of law, the laws themselves, or anyone and anything beyond his own greed.

This is a man who to let Howard Stern refer to his daughter, Ivanka, as a “piece of ass”.

This man is a disgrace.

And my good friend David, succinctly summarized the exchange – writing: “The usual false equivalencies get tossed around. Embarrassed and sickened is what I feel as well.”