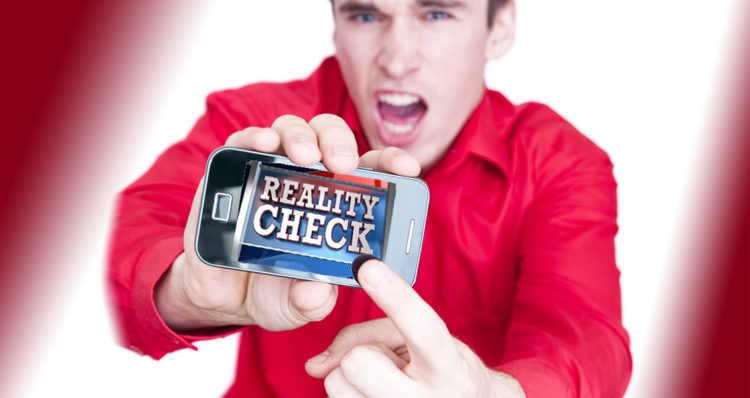 One simple FACT shuts down a Facebook rant by an angry, obviously ill-informed, conservative.

“The 51-48 vote was a procedural motion to start debate on a budget resolution that Republicans hope will result in overhauling the Affordable Care Act and came after President Barack Obama and Vice President-elect Mike Pence visited Capitol Hill to rally their respective parties.”

This Monday, Reddit user Swagged Out Custar posted a hilarious, if not sad, argument on Facebook about that vote that appears to have been initiated the day after that vote, on the 5th of January.

The image was fact-checked by Snopes who was unable to determine its authenticity, writing: “it is virtually impossible to authenticate whether or not it is real without anyone party to it stepping forward with additional screenshots. All images we were able to locate obscured the names of all parties, and it does not appear that any friends of the conversation’s participants have released alternate screenshots.”

Posting an image from a user-generated video of the vote by C-Span, the unknown Facebook user with his name covered in BLACK, wrote: “One step closer to fixing this mistake, and only a couple of weeks left of Barry’s regime. 2017 is already looking up.” 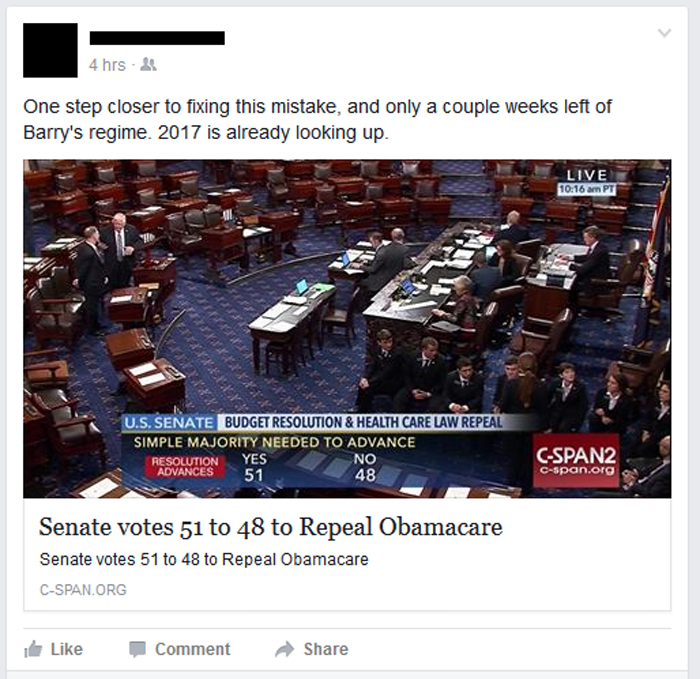 This prompted a brief exchange, aka reality check, by two other Facebook users with their names blocked out in RED and BLUE to help identify the participants in the debate.

First RED attempts to educate BLACK on the error of his post, writing: “Really cool of you to treat those of us who need the assistance provided by the ACA with such disregard. Really sells that whole underlying theme of republicans acting like vindictive c*nts for every perceived ‘slight’ at the hands of democrats these past eight years. It’s a party that now openly celebrates the misfortune of others while simultaneously patting themselves on the back for making ‘progress.'”

BLACK steps into it with his response, indicating his flagrant ignorance about the fact that Obamacare and the ACA are one and the same piece of legislation. 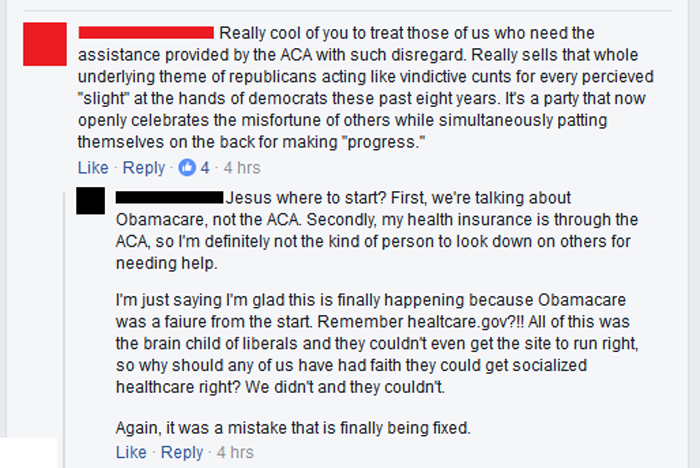 BLUE steps into the conversation attempt to explain to BLACK the error of his ways, but he wants nothing to do with this information.

RED steps back into the conversation at this point posting a meme that pretty much says it all: 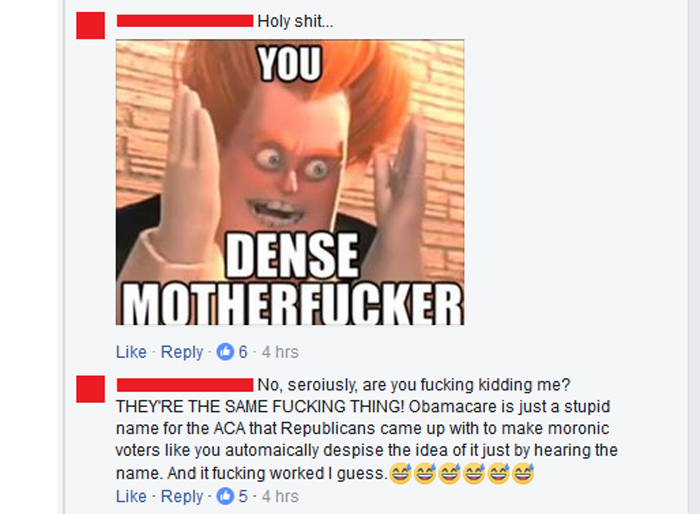 BLACK appears to have departed the conversation at this point while the RED and BLUE designated Facebook users continue to marvel at his public display of what can only be characterized as ignorance – mind-numbing, award winning ignorance. 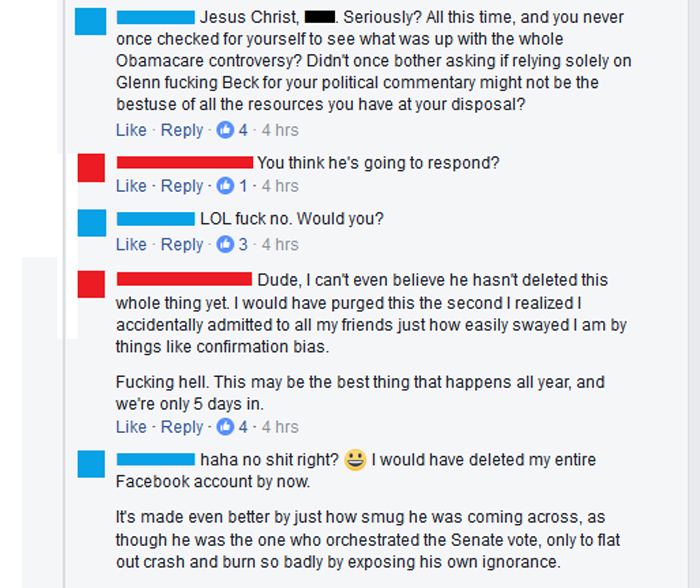