" /> These Inauguration Fail Memes Are Cracking Me Up

These Inauguration Fail Memes Are Cracking Me Up 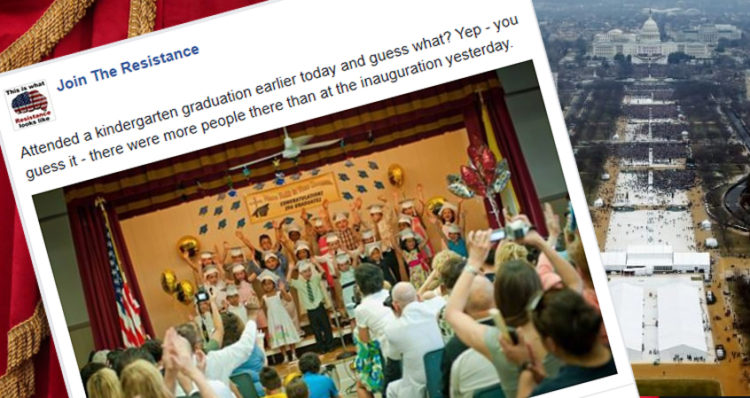 Trump may be embarrassed and ashamed of the attendance at his inauguration, but I couldn’t be any more amused and happy. How about you?

Trump and his massive ego must be fit to be tied today in the wake of the humiliation of such poor attendance at his inauguration ceremony and then, added to that, the smashing success of the Women’s March on Washington on Saturday.

You can bet that Trump was hoping for the “greatest” inauguration in history, but as Vox reports, his attendance was far less than that of both of Barack Obama’s inauguration ceremonies in 2009 and 2013.

So it seems the Women’s March on Washington smoked Trump’s inauguration as well.

Excited about the low turnout for the inauguration, and doubly excited about the massive turnout for the Women’s March on Washington and the nationwide protests – about an hour ago CNN reported an estimated 3 million-plus attendees – new post-election Facebook page “Join the Resistance” posted a hilarious series of memes mocking the attendance for Trump’s inauguration ceremony.

Below are some favorites and be sure to check out Join the Resistance for more fun and games. It’s going to be a rough four years and a little humor can go a long way.