Visiting My Republican Senator’s Office Confirms The Sinking Feeling That I Don’t Matter, We Don’t Matter 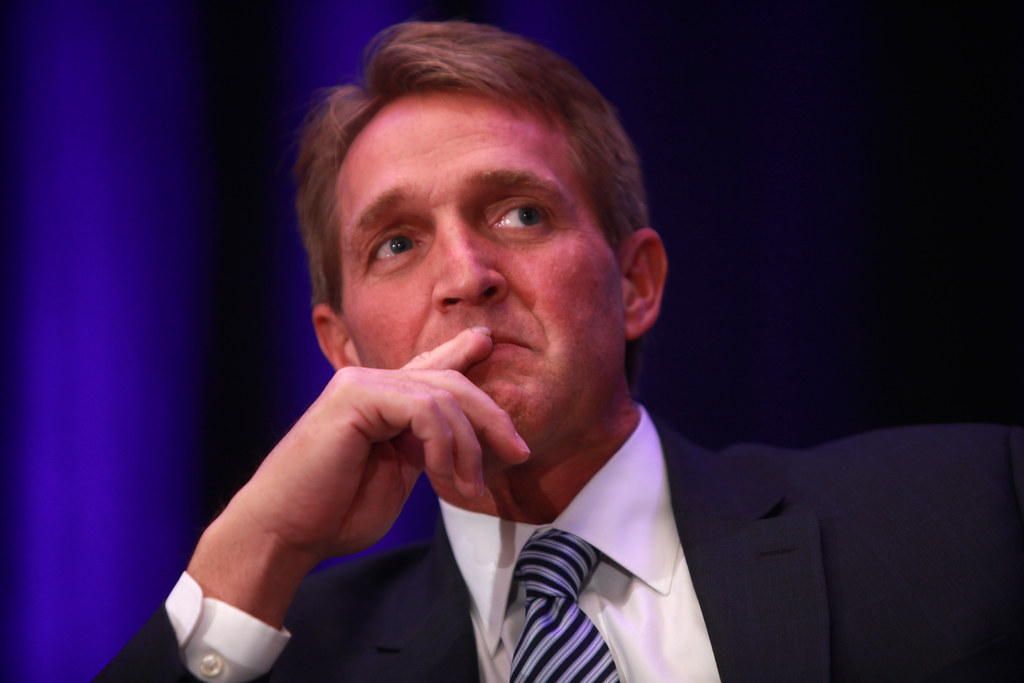 I visited the office of my Republican Senator yesterday and it left me with a sinking feeling I can not shake.

So many of our senators and representatives truly consider us to be nothing more than a nuisance. I don’t believe they think for a minute they really have an obligation to work for the people.

Having heard that Arizona Senator Jeff Flake (R) was in town, four other women and and I, went to go try and see him at his office in Phoenix.

Initially, as we were leaving Senator Flake’s office, I felt pretty good –I think from the adrenaline rush of it all — but in the hours following, that happiness turned to a sinking feeling like a stone in my gut that I cannot shake.

Upon our arrival, the initial reaction of Senator Flake’s staff was to try and turn us away. We were not exactly welcomed with open arms. There was not much of an attempt on their part to establish eye contact or even to afford us the consideration of raising their voices enough so we could effectively communicate.

At first, the only audible communication on their part was from a woman behind a glass wall who scolded me to stop recording or we would have to leave. Fortunately, I came prepared with small slips of paper with Arizona’s Public Meetings law printed on it, ready to hand out.
After some insistence on our part, a smile in a suit came to speak with us, out in the tiny lobby, because they wouldn’t let us into the main building.
Not Senator Flake, but the State Director, Michael Vargas. Someone who treated us politely, who would nod his head, smile on cue, take notes and thank the veteran in our group for her service. But the more I reflected on it, to me, it’s clear it was all in an effort to ultimately get us on our way so they could focus on the people that matter: Those shiny-coiffed folks in expensive suits coming in and out of the doors as though on a conveyor belt.

We’d stood huddled outside the office building for about twenty minutes, watching them come and go.

The four women in our group, took turns speaking while being skulked and glared at by Flake’s staff for 18 minutes, at which time we were interrupted and told that Vargas needed to join a conference call. I never got a chance to speak.

They didn’t offer to let us talk to someone else to continue our conversation — especially since it was abruptly cut short. Vargas was whisked away right in the middle of one of Flake’s own constituents bleeding her heart out, imploring him to ask Flake not to repeal Obamacare without a suitable replacement. Her livelihood depends on it.

That did not matter. Now that I think of it. None of it mattered. Vargas was nice, but he was merely on damage control mode. I could see his eyes glazing over while being forced to humor the local serfs. And honestly, that isn’t good enough. I think, as Americans, we’ve become accustomed to being treated this way by our lawmakers as though we work for them. The forgotten truth of the matter is, they work for us.

As Vargas was leaving I begged him at the last minute to please remind Senator Flake that he works for us, the people, that people are scared, and that lives hang in the balance. I’m honestly not even sure he was even making eye contact with me. He seemed to look right past me.

That struck me and it wasn’t until later I realized: So many of our senators and representatives truly consider us to be nothing more than a nuisance. I don’t believe they think for a minute they really have an obligation to work for the citizens they are paid so handsomely to represent.
I think Senator Flake, like so many of his colleagues, is a wheeler and a dealer, and he is going to serve those suits offering him money and that is it.

Senator Flake and his staff and his colleagues and their staff, merely suffer us — and not gladly.

From what I understand of the Founding Fathers, this is not what they had in mind when it came to our lawmakers. I think they intended for representatives to truly be a part of the working class society they serve, to have the honor of representing the interests of their constituents, and then returning to a humble civilian life. To a regular job with similar benefits and terms as everyone else.
I don’t think the Founding Fathers ever intended the representatives to become a walled-off class of wealthy elites with multiple homes and offices, excellent healthcare, and lofty, jet-setting lives, just to spend their time hiding from their constituents while they make backroom deals with the highest bidder.

We, as a people, work hard. We don’t have easy lives and we deserve much, much better. Things need to change.

Are you involved locally yet? The women and I are involved in the following organizations: Stronger Together AZ and Indivisible Phx.

I sincerely urge you to find a local chapter of each of these organizations and join. Finally, please read the Indivisible Guide. This guide, created by congressional assistants, contains specific instructions on how to get involved locally.