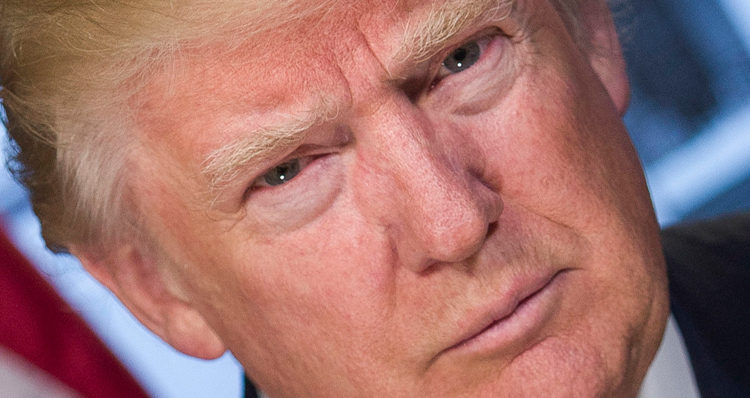 Activists in New York City have unfurled a massive banner at the base of the Statue of Liberty that reads: “REFUGEES WELCOME” in response to Trump’s recent Muslim ban.

Fusion spoke to one of the activists, David, who explained the the idea for the banner began a few weeks ago when Trump signed an executive order banning immigration from 7 Muslim majority countries.

“This was first conceived in response to what’s been called the ‘travel ban’ of the Trump administration, which I think flies in the face of the founding principals of the United States,” David told Fusion‘s Rafi Schwartz over the phone, later adding: “I think the Statue of Liberty is our best symbol of the role that immigrants have played and continue to play every day in this country.”

David went on to note that his group’s action was met with positive feedback adding that: “We left, and as we were taking the ferry home, [the banner] was still hanging. I would imagine that the National Park Service staffers who also make this country great who are working there—I would be surprised if anyone who cares about the history of the Statue of Liberty did not agree with what we were saying.”

Local ABC affiliate WABC-TV reports that Park Rangers did eventually remove the banner after determining they could do so without harming the statue, reminding the public that affixing a banner to the statue is strictly prohibited.

Ironically, as Liberals Unite reported in late 2015 according to Smithsonian.com, the statue was originally intended to represent an Egyptian peasant.

The statue’s designer, Frédéric-Auguste Bartholdi, was also French, but he found inspiration in a very different place: Egypt. In 1855, he visited Nubian monuments at Abu Simbel, which feature tombs guarded by gigantic colossus figures. Bartholdi became fascinated by the ancient architecture, developing what the National Park Service calls a “passion for large-scale public monuments and colossal structures.” Eventually, he channeled that passion into a proposal for the inauguration of the Suez Canal. Bartholdi envisioned a colossal monument featuring a robe-clad woman representing Egypt to stand at Port Said, the city at the northern terminus of the canal in Egypt.