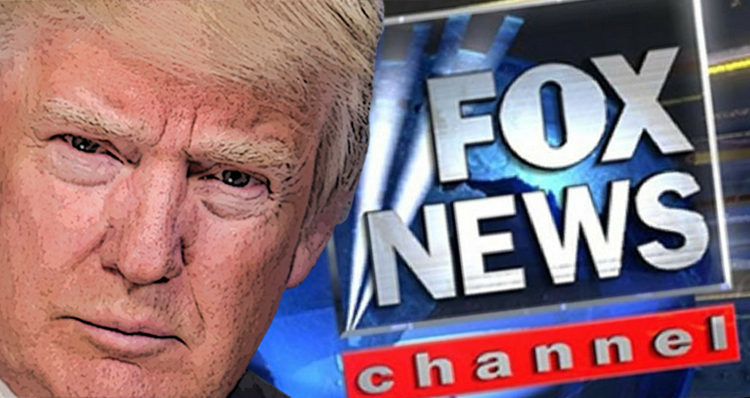 Years of paranoia generated by Fox News and conservative talk radio poses a real threat to American democracy — radicalizing voters and lawmakers alike, and it’s time to start fighting back.

As Media Matters for America explained shortly after the election, “Trump’s campaign for the presidency was defined by fear, paranoia, and a distrust of the government and mainstream media. And it succeeded thanks, at least in part, to right-wing media outlets, which have spent the past few years competing for Republican voters’ attention by terrifying them with increasingly apocalyptic horror stories about the state of the country.”

Indeed, several noted news legends have been quite vocal about the problem.

For instance, Ted Koppel, “best known as the anchor for Nightline from the program’s inception in 1980 until 2005,” offered detailed criticism during a March 2016 interview with Fox News host Bill O’Reilly, when he blasted networks like Fox News for changing “the television landscape of the past 20 years [taking it] from being objective and dull to subjective and entertaining.”

Koppel added that if he was still reporting the news, he would not “adhere to the new rules of television,” rather he would use real “journalism.”

“Go into the details of who and what Mr. Trump actually is; what those policies amount to,” he continued. “You remember on Nightline that’s what we used to do… A five or six minute piece that lays out the issues. Then you talk to the candidate and say ‘why is it we don’t have anything more than just fluff?’”

Perhaps Ted Koppel’s closing remark to Bill O’Reilly offers the best insight regarding the extent of the failure of the main stream media’s coverage:

The fact of the matter is – it’s hard to believe these days – but thirty years ago a television network anchor, Walter Cronkite, was the most trusted man in America. There is not a man today, yourself included, on television as an anchor who is trusted by anything approaching a majority of the American people.

Dan Rather, best known for his 24-year tenure as anchor of CBS Evening News and more recently for his activism on Facebook, wrote last year that Trump “cynically plays the press corps’ deep desire for fairness to his undeserved benefit,” adding that “Fear, combined with the lure of ratings, views, clicks and profits, have hypnotized too much of the press into inaction and false equivalency for far too long.”

Last year Carl Bernstein, the legendary investigative journalist who helped take down Richard Nixon, advised that the media should be dedicating “an hour, two hours a night of real biography, running it over and over of what Trump’s life and record have been about because they’re at absolute odds with the mythical and lying story that he has told us.”

“He’s a con man,” Bernstein added during interview on CNN’s “Reliable Sources. “It’s been established. And also he has presided over a cover up of his own life. And we have allowed it in cable news and network news particularly.”

As Media Matters concludes: “This brand of right-wing paranoia” generated by Fox News and other conservative media outlets “poses a real threat to American democracy — radicalizing voters and lawmakers alike. And if journalists can’t figure out how to effectively dispel that paranoia, Americans are going to keep seeing their government hijacked by hucksters who are more interested in profiting from a shtick than they are in actually improving lives.”