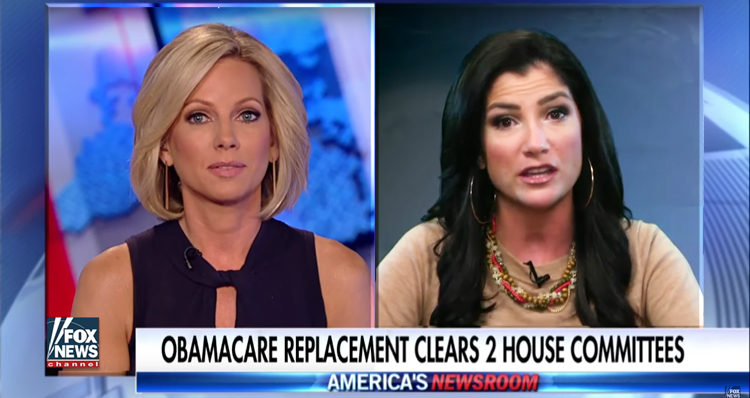 She began by warning of the inherent danger of the bill and the risk it creates for Trump’s administration.

“They are the ones who are endangering this new administration and I can’t bold, italicized, underline that anymore,” she continued.

Noting that Rep. Jim Jordan (R-OH) proposed a “fantastic bill” back in 2015 “that went way further than anything that this bill is actually doing,” Loesch went on to rip apart the GOP bill that she calls: “Obamacare 2.0.”

This is a swamp monster. If people are going to talk about draining the swamp, this is literally the creature from the black lagoon, this Obamacare 2.0 bill. The exact Obamacare regulatory structure is still in place, the penalty that must be paid to insurance companies is there, and for all of the awful things were in Obamacare, one at least wise thing Democrats did was include some cost controls, albeit nobody liked the method in which they did it. But now in this Obamacare 2.0 bill, Republicans did away with all of that. So it could actually end up costing exponentially more than what the original Obamacare bill did.

This isn’t about President Trump. I think that there’s a lot of great things that he’s done, just in his first month in office. But for Republicans to deliver something like this to his desk, I’ll just say it, it’s a giant middle finger to America, it’s a giant middle finger to the Trump administration, and we did not protest in the street for eight years to get Obamacare lite. And they better think long and hard before they try to walk something like this up to the Resolute Desk.

And this isn’t the first time Fox News has been critical of the GOP bill.

You can watch Loesch talking about Obamacare 2.0 in the clip, below: